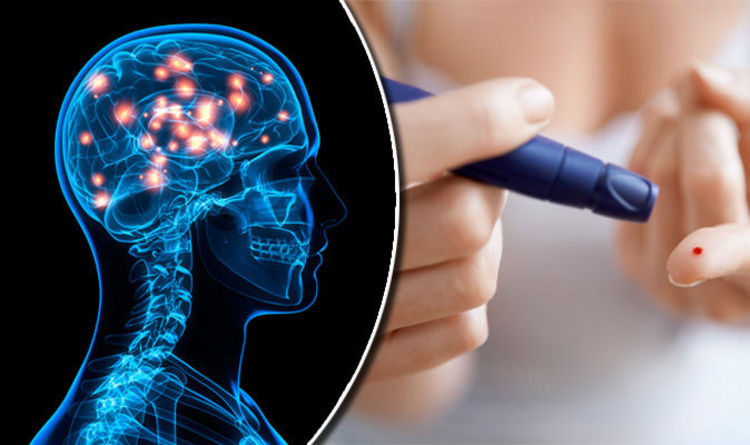 Diabetes affects four million people in the UK, and there are many who are undiagnosed.

Sufferers are at an increased risk of heart disease and stroke, even when glucose levels are under control.

However, new research has found they are also more likely to develop cognitive issues after surgery.

A study by the American Society of Anesthesiologists found that patients with diabetes had an 84 per cent increased chance of experiencing postoperative cognitive dysfunction (POCD) than those who are not diabetic.

The findings were made predominantly in older patients, with participants having an average age of 66.4 years.

A link between diabetes and age-related cognitive impairment – which includes symptoms such as problems with memory and language – has previously been established.

But this is the first time diabetes has been discovered to have a role in POCD.

Symptoms of POCD include loss of intellectual functions, such as thinking, remembering and reasoning.

The condition is a major form of cognitive disturbance that can happen after surgery and anaesthesia, a medication which numbs parts of the body before they’re operated on.

However, little has been known about its risk factors.

“With POCD, a patient’s mental ability declines after surgery, compared to their cognitive performance before surgery, resulting not only in increased complications and potential death, but also impairing the patient’s quality of life,” said Gunnar Lachmann, from the Department of Anesthesiology and Operative Intensive Care Medicine in Berlin, Germany.

“POCD is increasingly recognised as a common complication after major surgery, affecting 10 to 13 percent of patients, with seniors being especially vulnerable.”

In the study researchers looked at 1,034 patients to see whether diabetes was a risk factor for POCD.

They found that it was, and particularly in those over 65 years.

“Our findings suggest that consideration of diabetes status may be helpful for the assessment of POCD risk among patients undergoing surgery,” said Dr Lachmann.

“Further studies are warranted to examine the potential mechanisms of this association, to ultimately help in the development of potential strategies for prevention.”