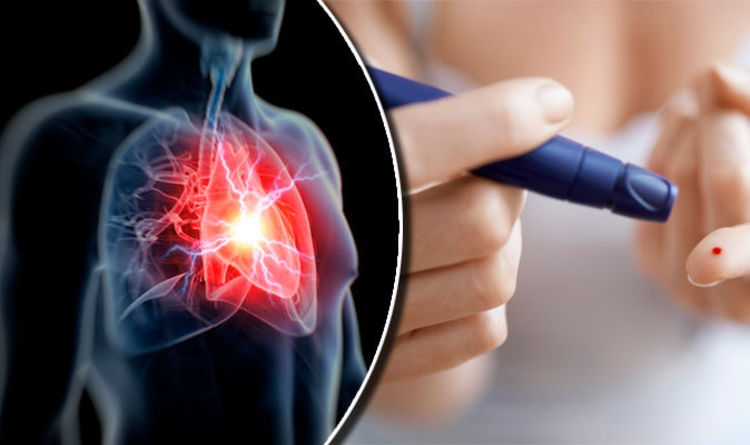 Diabetes affects one in 16 people in the UK, and 90 per cent of those with the condition have type 2.

It has long been known that sufferers are more at risk of stroke, heart disease, kidney disease and foot problems.

However, new research has revealed they also have a greater chance of complications from heart failure in particular.

The study authors discovered that diabetes patients were more likely to be hospitalised or die from it.

Heart failure is when the heart can’t pump enough blood to meet the body’s needs, affecting around 900,000 Britons in the UK

It is often a long-term condition that gets gradually worse over time, however it can prove fatal and just 29.5 per cent survived for 10 years following a diagnosis.

The new joint study by Keele University and University of Leicester showed that keeping blood sugar levels balanced could reduce likelihood of a deadly episode.

It is the first and largest piece of research to look at newly diagnosed patients with heart failure and the risks that having a pre-existing type 2 diabetes diagnosis could bring.

Researchers looked at 49,000 heart patients in the UK across a 12-year period.

They found that heart failure patients with type 2 diabetes had a greater risk of hospitalisation and death if their glycated haemoglobin levels were greater than 80mmol and lower than 37mmol.

Glycated haemoglobin levels is the amount of glucose that is carried around the body by red blood cells.

However, a type 2 diagnosis did not automatically mean a greater risk of fatal heart failure.

Those with diabetes who had stable glycated haemoglobin levels were not more likely to be admitted to hospital or die than those without diabetes.

The study authors suggested that patients who keep their blood sugar levels within the healthy range could reduce their risk of complications.