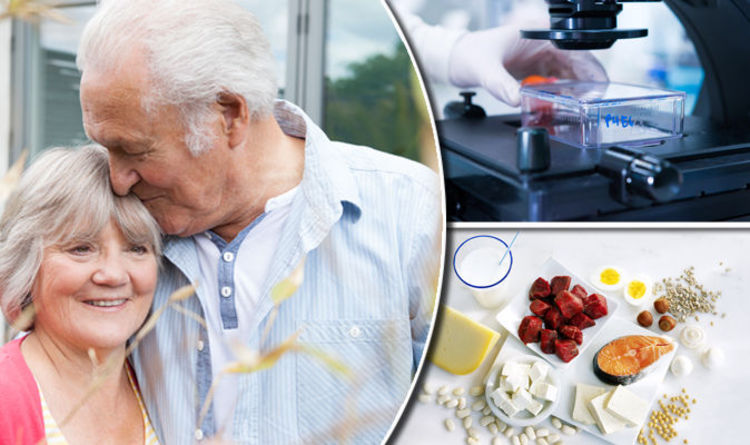 A study in mice at the UC Davis School of Veterinary Medicine has analysed the link between diet and life span.

They wanted to investigate the link between metabolism and ageing.

Experts found there was a 13 per cent increase in median life span for the mice on a high fat versus high carb diet.

The scientists said this could equate to seven to ten years in humans.

Experts said the finding were ‘surprising’ and even noted the mice ‘retained quality of health in later life’.

The study split mice into three groups – those on a regular high carb diet, those fed a low carb high fat diet and mice fed a ketogenic diet.

Researchers kept the calorie content of each diet the same because the experts wanted to focus on metabolism not weight loss.

HOW TO LIVE LONGER

Jon Ramsey, nutritionist, and senior author of the study said: “We expected some differenced but I was impressed by the magnitude we observed – a 13 per cent increase in median life span for the mice on a high-fat versus high-carb diet.

“In humans, that would be seven to ten years.

But equally important, those mice retained quality of health in later life.”

In addition to the effect of the diet on life span, experts also looked at the effects of the ketogenic diet on memory and even motor function.

Experts found the diet increased memory and strength and coronation and prevented an increase in inflammation caused by ageing.

There are usually no limits on fat content in the diet, but protein intake should be around 40g to 60g a day.

The study was published in the journal Cell Metabolism.