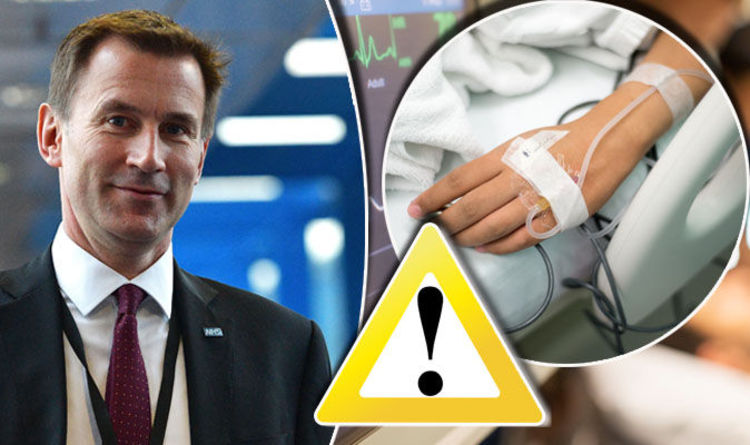 Thousands of nurses, care home staff and pharmacists are to be urged to look out for symptoms of sepsis, Jeremy Hunt has announced.

As part of a plan to step up action against the deadly infection, the Health Secretary said staff will work to a clear definition of what adult sepsis looks like so that it is identified and treated more quickly.

Signs of sepsis in children include lethargy, feeling cold to the touch, fast or difficult breathing and a rash that does not fade.

Mr Hunt said: “We want the NHS to be the safest healthcare system in the world, and our ability to diagnose and treat sepsis effectively is a key litmus test of progress.

“While the NHS has taken major steps in recent years to improve how it responds to sepsis – actions that have saved nearly a thousand lives – there is still more work to do to protect the many thousands who develop this dangerous condition each year.”

He said every part of the health system should be on the highest possible alert for sepsis – the ‘silent killer’.

Experts have recently revealed a new portable device can quickly detect markers of the potentially deadly sepsis infection – from a single drop of blood.

Researchers have completed a clinical study of the device, which is the first to provide rapid, measurement of the immune system’s response, without any need to process the blood.

The team say it can help doctors identify sepsis at its onset and monitor infected patients.

“It is treacherous because it can be difficult to diagnose in its early stages and difficult to treat if not diagnosed early.

“It is frightening for families and challenging for clinicians, so NHS England is supporting hospitals to make sure that the right resources are in place to make it easier for clinicians to diagnose sepsis and treat it really quickly before it takes hold.”

“Equipping healthcare professionals to diagnose and treat sepsis as fast as possible is crucial if we are to improve sepsis care across the NHS, from General Practice to care homes,” he said.

“Changing the way sepsis is recorded will also go some way to reveal the full scale of the problem.

“But if we are to save the thousands of lives that are within our reach we must go further, and we must act now.

“It is these measures that will make a difference for the 250,000 people who are harmed by sepsis every year in the UK.”

This Morning’s Dr Chris Steele has previously talked about his experience with sepsis.