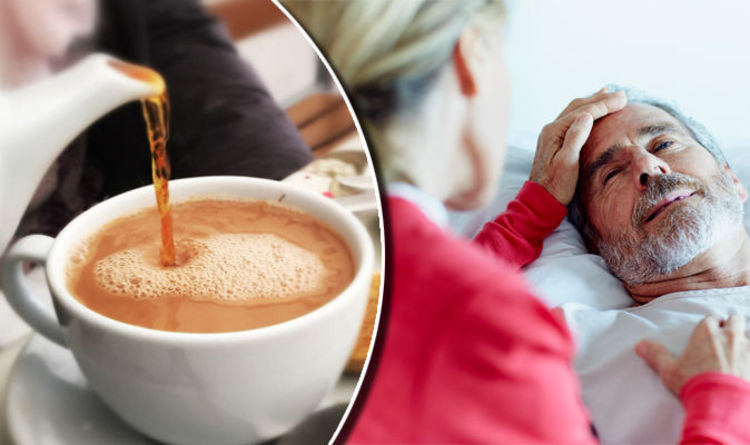 Cancer is the second biggest killer in the UK, with 350,000 people diagnosed each year.

However, it is suggested that four in ten cases are preventable with lifestyle changes.

This could include adapting your diet – and research has revealed that drink tea could help.

Oesophageal, biliary tract, bowel and ovarian cancers were all found to be helped by drinking tea.

In the first study, published in the European Journal of Clinical Nutrition, researchers found that risk of oesophageal disorder – which could lead to cancer – could be reduced by 30 per cent if you drink more than one cup of tea a day.

Another study, published in the journal Oncotarget, showed that regularly drinking tea reduced biliary tract cancer by 34 per cent compared to people who never drink tea.

Dr Catherine Hood, from the Tea Advisory Panel, said: “Cancer risk reduced by 4% for every cup of tea drunk, especially in women.”

A further study, also published in Oncotarget, showed that the highest tea drinkers had a seven per cent reduced risk of bowel cancer.

“The effects were strongest in women and those who drank green tea,” said Dr Hood of the findings.

Finally, in the fourth study published in the same journal, there was a 15 per cent fall in ovarian cancer when tea was drunk frequently.

Dr Carrie Ruxton from the Tea Advisory Panel said: “It is great news that more and more people are beating cancer.

“However, there is still a lot more we can all do to reduce our risks of developing the condition, including drinking at least one cup of tea a day.

“Other ways we can adopt a positive anti-cancer lifestyle include keeping to a healthy weight, eating 5-8 portions of vegetables and fruit daily, boosting fibre (roughage) intakes and taking regular exercise. “

“The simple step of drinking tea every day is not only refreshing but puts us on the right track for helping us to try and beat serious health problems.”