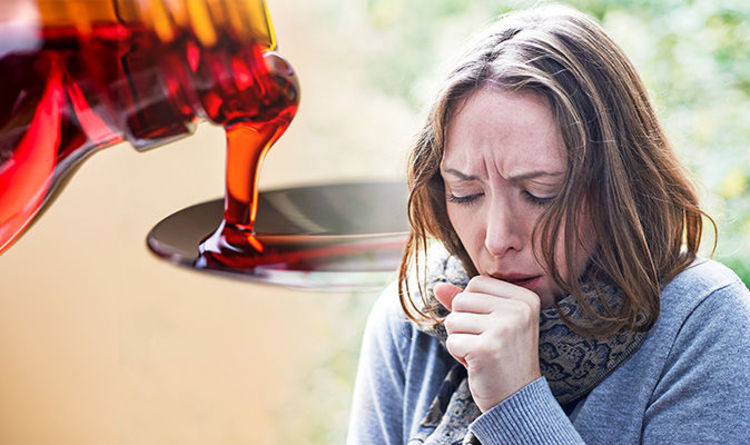 Aussie flu has been wreaking havoc in the UK, and cases of people with symptoms is still rising

The H3N2 strain of the influenza virus was given the nickname ‘Aussie flu’ after it caused trouble in Australia over its winter.

In the latest Public Health England report, released on Thursday, it was revealed 598 people in the UK were hospitalised with flu during the second week of January, and almost 50 of those were infected with Aussie flu.

Symptoms have been described as the same as normal flu, but more severe, with a sudden fever, an aching body, loss of appetite and diarrhoea being suspect signs.

A dry, chesty cough is also one of the symptoms of Aussie flu – but is cough medicine the best way to treat it?

Dr Andrew Thornber, Chief Medical Officer at the Now Healthcare Group, says cough medicines may not be the best option.

Instead, he advised: “Ideally take over the counter ibuprofen and/or paracetamol, rest and keep hydrated.

“Cough medicines can ease the cough, but won’t get rid of it.”

The NHS says a pharmacist can give treatment advice and recommend flu remedies.

It adds: “Be careful not to use them if you’re taking paracetamol and ibuprofen tablets as it’s east to take more than the recommended dose.

“Speak to pharmacist before giving medicines to children.”

To help you get better more quickly:

Can the flu jab protect against Aussie flu?

“Yes the jab can help. It may not work in all instances because of the possibilities of the viruses mutating, but you definitely won’t be protected if you don’t have it.

“It’s still available so get it done!”