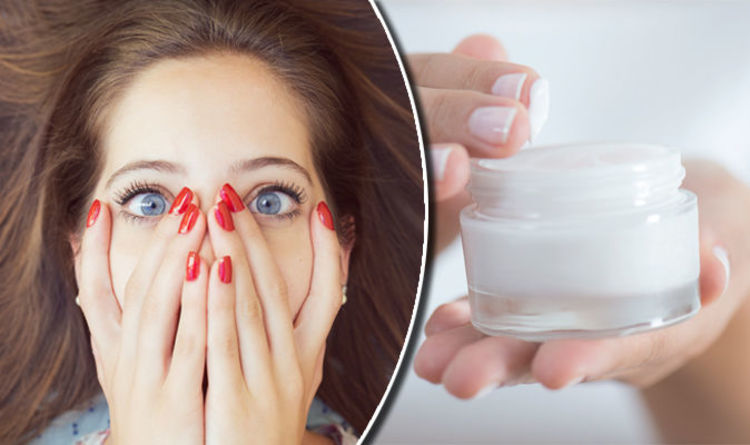 Despite the news that a quarter of GP appointments are now regarding skin issues, according to the British Skin Foundation, a new survey suggests Britons are risking scarring by ignoring problems with their complexion.

Research by Bupa Health Clinics has discovered people are choosing to spend millions on hiding skin conditions – such as psoriasis, acne and eczema – with short-term solutions.

They discovered that two thirds of Britons with a skin problem are shelling out on make-up or lotions to mask a skin problem, rather than see an expert for a long-term answer.

Avoiding medical treatment – which 89 per cent do – means that £369 million is being spent every month on cosmetics and skincare.

After speaking to 4,000 people, the researchers discovered that during the festive period 34 per cent will enlist make-up to cover up symptoms of a skin condition – including 22 per cent of men and 46 per cent of women.

Aside from the cost, attempting to mask a skin condition can cause more damage.

“However, because your skin is something everyone can see, the biggest negative impact of not treating it properly is undoubtedly on your confidence and quality of life.”

But ten per cent of people revealed they didn’t think their skin condition was a bad enough problem to see a specialist about.

Dr said: “People shouldn’t feel that skin concerns are too trivial to take to a GP or a dermatologist; people need to look after their biggest organ – skin.

“The sooner we can diagnose and treat conditions the less likely longer-term damage will occur and the less money you’ll spend on covering it up.”

These are the ten most common skin conditions Britons are covering up.

An estimated 34 million people will suffer from a skin condition at at least one point in their life.

Dr Hussain suggested sun protection as a way to prevent a skin issue.

“Only 17 per cent of respondents in our research said they wear sunscreen every day,” she said.

“Ensuring sun protection is a part of your routine is the best way to prevent premature ageing and the more serious skin conditions associated with over-exposure.”

“Ensure that you moisturise twice daily where possible. This doesn’t mean spending a load of money either; more expensive doesn’t necessarily mean better,” she said.

“As well as the damage it does to your general health, smoking has an enormous impact on the appearance and health of your skin.

“However, once you quit, the effects are reversible to a certain extent, so damage can be minimised.”