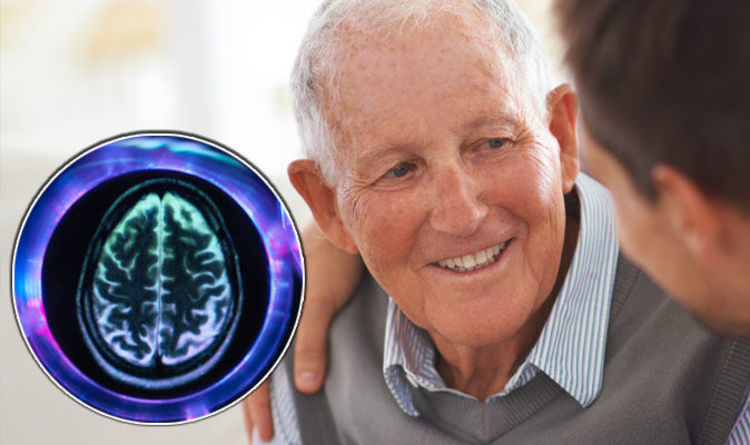 Being repetitive could be an early sign of dementia.

Simply asking the same questions in conversation, after they’ve been answered, may also point to dementia, according to medical website Healthline.

The Alzheimer’s Association said: “The main cause of behavioural symptoms in Alzheimer’s, and other progressive dementias, is the deterioration of brain cells which causes a decline in the individual’s ability to make sense of the world.

“In the case of repetition, the person may not remember that she or he has just asked a question or completed a task.

“Environmental influences also can cause symptoms or make them worse.

“People with dementia who ask questions repeatedly may be trying to express a specific concern, ask for help, or cope with frustration, anxiety or insecurity.”

Subtle short-term memory changes could also be an early sign of dementia.

Forgetting what they had for breakfast, or where they left certain objects, are symptoms of neurodegenerative conditions.

Depression is also a typical early sign of dementia. Mood changes or a shift in personality could point to the condition.

Other early signs include apathy, listlessness, confusion, a failing sense of direction, and difficulty following conversations.

One in 14 people over 65 will develop the condition, while one in six over 80 will be affected by it.

One million people will have dementia in the UK by 2025, estimates suggest.

Early diagnosis will help to slow down the condition’s development. With treatment and support, many dementia patients lead active, fulfilled lives.