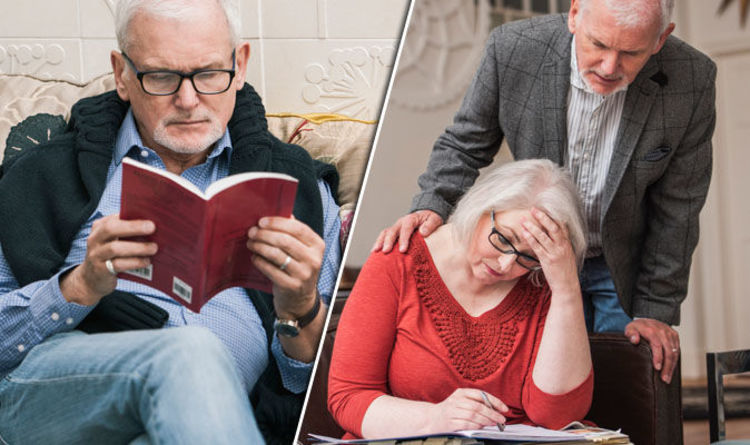 Early dementia symptoms are difficult to diagnose, because they could just be attributed to the stress of daily life.

But, struggling with vision is one of the first signs of early onset dementia, according to medical website Healthline.

Having difficulty reading or avoiding obstacles could be signs of sight loss.

Dementia patients are more at risk of falls, disorientation, and problems with mobility, when having problems with their sight, said the Alzheimer’s Society charity.

“People with dementia can also have visual difficulties because the dementia affects the parts of their brain that handle visual information coming from the eyes,” said the Alzheimer’s Society.

“This means they will have visual problems, but have healthy eyes.

“It is important to have the person’s sight tested as difficulties with their sight could be making their confusion worse.

“Despite what many people think, it is possible for a person with dementia to have a sight test. The test can be adapted for people with dementia, if it is needed.”

Other early signs of dementia include memory loss and difficulty completing familiar tasks.

Losing track of dates, and difficulty joining conversations could also be symptoms of early dementia.

People who experienced extreme mood swings, including anxiety, confusion and depression, may be showing other early signs of the condition.

The risk of developing dementia increases as people get older. Almost half of those over 85 will develop the neurodegenerative condition, it has been estimated.

About 850,000 people in the UK suffer from dementia, according to the Alzheimer’s Society.

By 2025, it’s estimated that one million people will have the condition.

Early diagnosis could help to slow down dementia’s progress, and will help the patient plan for the future.