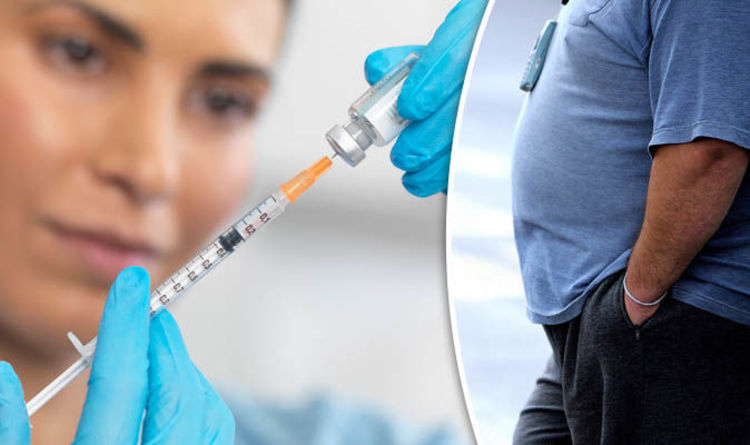 The jab, currently being trialled in humans, transforms cells that usually store fat into cells that burn it, slimming it down.

Professor Shmuel Ben-Hasson of Jerusalem’s Hebrew University discovered the drug while researching its use in treating obesity-related diabetes.

It is hoped if trials are successful the treatment could be on the market within two years.

He said: “This could revolutionise the treatment of obesity and we are very excited about it.”

Preliminary low dose studies in 24 patients using MRI scanners show the drug – known as RZL-012 – “melts” away fat where it is injected.

Professor Ben-Hasson added: “We used thermal imaging and MRI to observe what was going. There was a significant heating effect of between three and four degrees centigrade where the fat burning was going on.”

Laboratory studies show these effects are long lasting and affect the whole body reducing overall fat tissue by 40-60 per cent in pigs.

Now the drug is undergoing further trials, supervised by the American Food and Drug Administration in 34 patients at a research clinic in Wisconsin, all of whom will be given approximately 40 injections over a period of up to three months.

Professor Ben-Hasson added: “We think this can be an alternative to surgery or certainly help patients lose weight so that if they still need surgery it will be a lot safer for them.

“We Are still on relatively low doses at the moment. The drug has proved safe and we still have a lot of leeway to increase the dose and hopefully see a stronger effect.”

Funding for the trial has come from an Israeli company called Raziel Therapeutics.

Its founder and chief executive officer Alon Bloomenfeld said: “The trials are very encouraging and we think we can get this treatment to market fairly quickly.”

A breakthrough slimming drug has been shown to reduce body weight by up to 10 per cent in three months and cut the risk of developing Type 2 diabetes by two thirds compared with those on dummy drugs.

The AKEA Clinics, currently based in the North-west have this month opened in Birkdale, near Southport and Wilmslow Cheshire.

Over the next six months others are expected to open in Birmingham, London and Leeds.