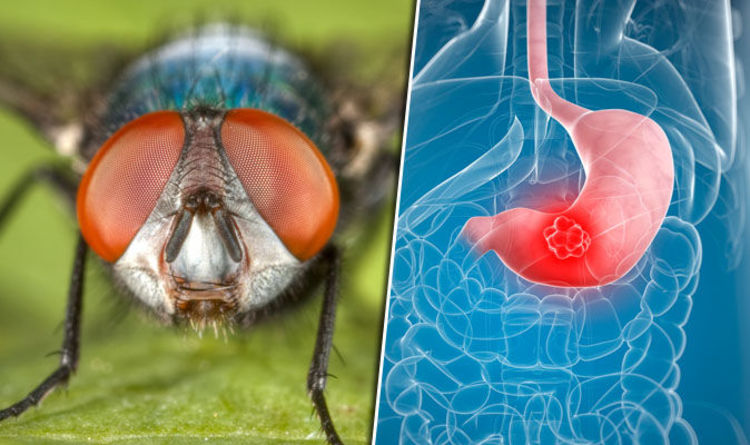 Flies can spread bacteria between people, US researchers have claimed.

Houseflies and blowflies were found to transmit the bacteria, Helicobacter pylori, as it ‘stuck’ to their legs and wings when flying between their breeding and feeding grounds.

The specific bacteria is relatively common, infecting about 60 per cent of the world’s adult population.

But, studies have claimed Helicobacter pylori increases the risk of stomach cancer.

“It will really make you think twice about eating that potato salad that’s been sitting out at your next picnic,” said Donald Bryant, researcher working on the study.

“We believe that this may show a mechanism for pathogen transmission that has been overlooked by public health officials, and flies may contribute to the rapid transmission of pathogens in outbreak situations.”

“The legs and wings show the highest microbial diversity in the fly body, suggesting that bacteria use the flies as airborne shuttles,” said Stephen Schuster, another researcher from Penn State University.

“It may be that bacteria survive their journey, growing and spreading on a new surface. In fact, the study shows that each step of hundreds that a fly has taken leaves behind a microbial colony track, if the new surface supports bacterial growth.”

Flies analysed from towns and cities carried more bacteria than those collected in stables.

“It might be better to have that picnic in the woods, far away from urban environments, not a central park,” said Bryant.

Most people with Helicobacter pylori infection don’t show any symptoms. But, it can lead to stomach ulcers, fever, heartburn and nausea.

The infection is also a major cause of stomach cancer, according to medical website Healthline. Although, most people infected with the bacteria don’t develop stomach cancer.

Eighty per cent of people over 60 have the infection, with higher rates in developing countries, according to the British Medical Journal.

Treatments to get rid of the bacteria include antibiotics, and surgery to remove stomach ulcers.