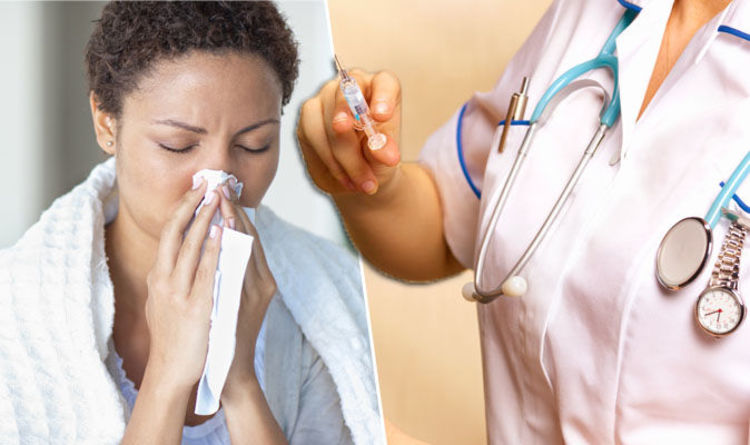 No, in short; the flu jab cannot give you cold or flu-like symptoms.

The flu jab contains an ‘inactive’ form of flu, which means it can’t give you flu symptoms, the NHS said.

The children’s nasal spray flu vaccine does contain live flu viruses, but they’re weakened to stop the patient from developing any flu-like symptoms.

Patients’ arms may feel slightly sore after the jab, and some people may suffer a slight fever and achy muscles for a couple of days, but other reactions are very rare, claimed the NHS.

“Flu vaccines given with a needle are currently made in two ways,” said the Centers for Disease Control and Prevention.

“In randomised, blinded studies, where some people get inactivated flu jabs and others get salt-water jabs, the only differences in symptoms was increased soreness in the arm and redness at the injection site among people who got the flu jab.

“There were no differences in terms of body aches, fever, cough, runny nose or sore throat.”

If patients catch flu after vaccination, it may be because they caught a flu-like virus that isn’t really flu, the NHS said.

They may also have caught flu before the vaccine takes effect, it added.

It can take between 10 and 14 days for the immune system to build up fully after the flu jab.

On very rare occasions, patients could have a serious allergic reaction to the jab, known as anaphylaxis.

There are a number of myths surrounding the flu jab, the NHS said.

It stressed that flu is much worse than a heavy cold, and the symptoms can come on suddenly and sometimes severely.

Flu cannot be treated with antibiotics, it added. Fly is caused by viruses, while antibiotics can only be used to fight bacteria.

Patients need the flu jab every year to remain protected, as each year the viruses that cause flu change.