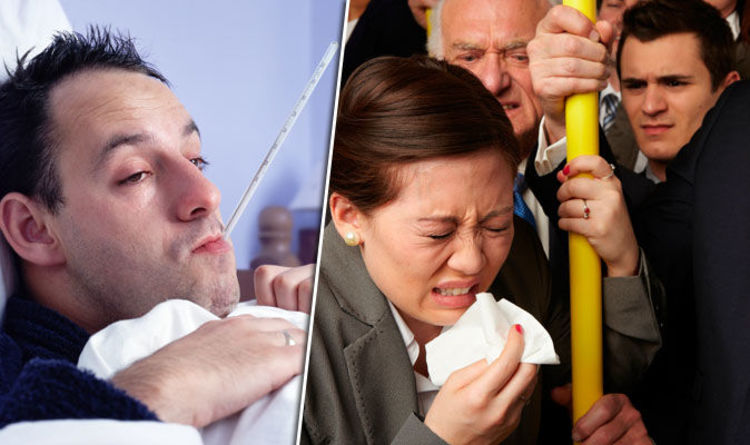 Putting your hands on counters and bus handle bars could be the first step to an unwanted cold or flu, according to Boots pharmacist Angela Chalmer.

Also, wash your hands thoroughly after you’ve blown your nose, and don’t by shy to use a lot of soap, she said.

Keeping a nasal spray nearby will also help to fight the first signs of infection, Chalmer added.

“Help prevent getting a cold by being careful not to touch your eyes, nose or mouth when you’ve been in public spaces as this can transfer the virus to yourself,” said Chalmer.

“When cough and cold seasons strikes, make sure you’re prepared by keeping a nasal spray close to hand to help fight the first signs of cold and flu symptoms.”

You should also wash your hands for as long as it takes you to sing Happy Birthday to yourself twice, she added.

Chalmer’s warning came after fears that the killer Aussie flu was headed to the UK.

Australia was in the midst of its worst outbreak of the virus for 50 years.

Symptoms of the flu are similar to normal flu, but cases have been reported as more severe.

They include muscle aches, fatigue, sneezing, running noses and coughs.

It usually takes between one and four days for the symptoms to develop after becoming infected, according to the Australian Government.

Once infected, you can pass on the fly virus to other people for the next eight days.

But, those with a weaker immune system could still be infectious after the eight days are up.

The infection will likely pass by itself for most people, but sufferers are urged to see the GP if the symptoms don’t improve after seven days.