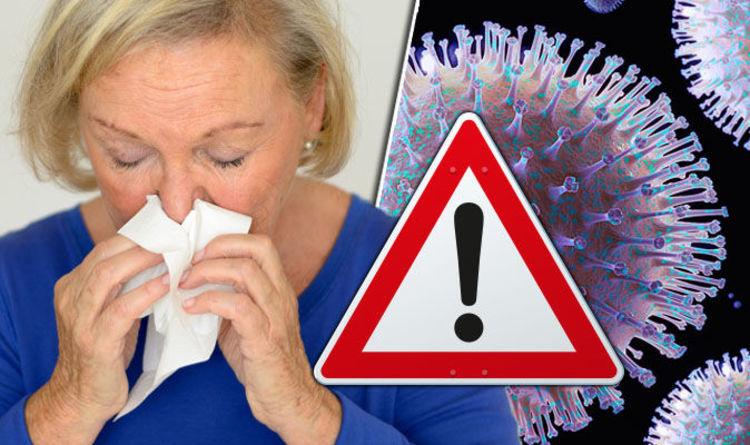 The US should expect the worst flu season in recent years, according to an expert.

An outbreak of the H3N2 virus is expected – the same virus that has given Australia the worst outbreak of flu in 50 years.

Infectious diseases specialist, Dr Pritish Tosh of the Mayo Clinic, warned that early indications of this year’s flu jab were that it was just 10 per cent effective.

Earlier this year, the NHS said it was more “scared” than ever before about the winter battle with flu.

“The predominant strain appears to be the H3N2 strain. Those tend to result in more severe epidemics.

“Some of the early assessments of the vaccine from the Australia epidemic in their winter, our summer, suggest about a 10 per cent vaccine efficiency – which would then mean it was 10 per cent effective in preventing the disease.

“Reports from other developed countries suggest suboptimal vaccine efficacy and we are still waiting to see which strain will predominate in the US. But I’m expecting it to be H3N2.”

H3N2 produces similar flu-like symptoms to other types of influenza viruses. But, it can be more severe, and even deadly.

The US saw a majority of its flu caused by the virus strain in the 2014 -2015 flu season, according to health website VeryWell.

Symptoms to look out for include body aches, a fever, headache, sore throat and a cough.

On rarer occasions, it can lead to vomiting and diarrhoea.

“A lot more research needs to be done to get a vaccine that works every time for every season for everyone but I still encourage everyone to get it.”

The warnings comes after the NHS revealed the flu jab had zero effectiveness on over-65s last year.

A Public Health England spokeswoman said: “Although the effectiveness the past winter for people over 65 was lower than hoped for, this varies each year and the flu vaccination remains the best protection we have against the influenza virus.

“It is crucial that all eligible groups get vaccinated before people start getting flu. It also highlights the importance of the vaccine programme in children, which is intended to indirectly protect other vulnerable members of the community, as well as the children themselves.”