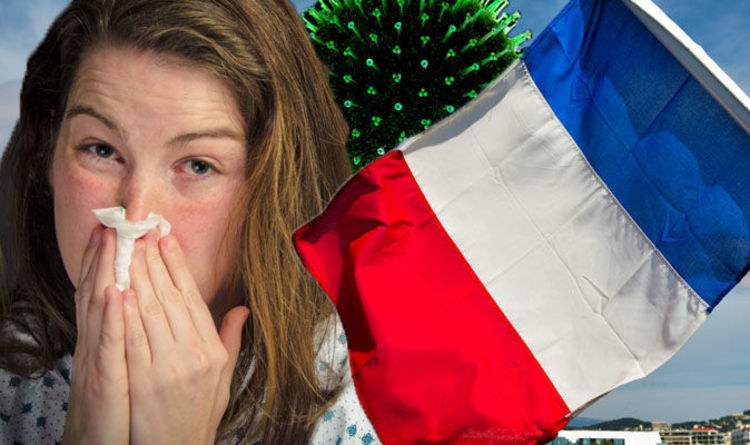 French flu could be spread by people that don’t even know they have the virus, according to pharmacist and Jakemans expert, Marvin Munzu.

Lives are at risk from the flu strains, as people can be infectious without showing any noticeable signs for symptoms, he said.

Children, the elderly, pregnant women and people with underlying health conditions were most at risk from the deadly influenza viruses, claimed the pharmacist.

The warning came after the French Ministry of Health said the flu epidemic would continue to spread across the country.

“The French flu is another strain of the deadly flu virus, similar to the Aussie flu,” said Munzu.

“According to NHS England, a large amount of the UK population has still not had a flu vaccine or protection against these life-threatening viruses.

“The virus can also be spread by people with no noticeable signs or symptoms.

French flu is forecasted to hit the UK, Munzu said.

It’s already affected hundreds of thousands of French civilians, and has reached epidemic levels, he added.

Symptoms of the virus are very severe, and include a sudden fever, headaches, high temperature, fatigue and body aches. It could also lead to vomiting and diarrhoea.

The flu vaccine is the best way to prevent infection, said the pharmacist.

All regions of France – except Corsica – have been affected by the flu epidemic, the French Ministry of Health reported on Friday (January 5).

Almost 12,000 people visited a doctor due to flu, or flu-like symptoms, in the week immediately after Christmas Day.

“This year, the epidemic of influenza is of an exceptional magnitude, by the number of cases, and risks exceeding those of the last two years,” the Ministry said.

“To limit the epidemic of seasonal flu, it is essential that everyone adopts simple preventive actions to limit the circulation of the flu virus, especially in communities and on public transport where it is easily transmitted.”