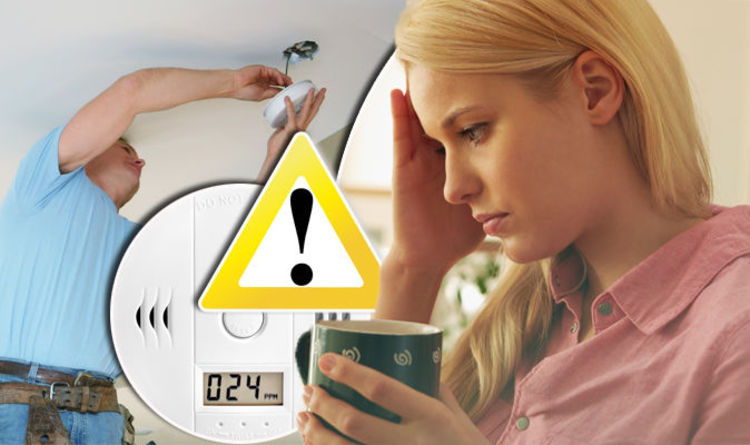 Carbon monoxide poisoning causes around fifty deaths in the UK every year.

The gas enters the blood stream, mixes with haemoglobin in the blood and forms carboxyhaemoglobin.

This means the blood is no longer able to carry oxygen and the lack of oxygen causes the cells in the body to die.

“As Gas Safe Register’s research has found, many confuse CO poisoning for other illnesses such as flu, but CO poisoning can be fatal so it’s important that we raise awareness this Gas Safety Week so that families can take the right precautions and stay safe.”

Experts have said carbon monoxide poisoning can be mistaken for flu, but unlike having a virus, it doesn’t cause a spike in temperature.

Symptoms of carbon monoxide poisoning include:

Research by Gas Safe Register has found a third of people would not recognise the symptoms of carbon monoxide and would misdiagnose them for other illnesses.

Jo Brooks said she experienced symptoms of carbon monoxide poisoning for several months before realising her family was suffering.

She said she thought their illness was a virus which would not go away.

However, after gas safety check, experts found a loose flue was leaking carbon monoxide into their home.

“Every morning I would stagger to work and feel like I was hungover even when I hadn’t had anything to drink. I put it down to a nasty virus.”

“We recommend proactive prevention as the first line of defence against CO poisoning by getting your gas appliances checked every year by a Gas Safe Registered engineer to make sure they’re working safely and efficiently.

“To provide peace of mind, a CO alarm is a great second line of defence to alert you to a potential leak.”