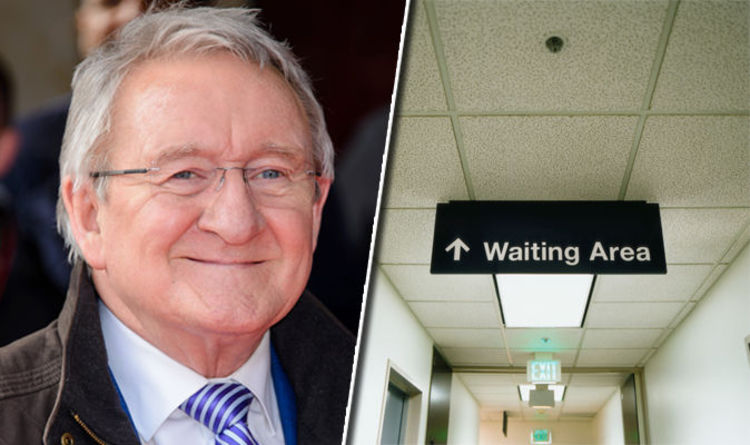 The NHS could soon roll out a nationwide to plan that will see patients screened at GP surgeries by receptionists before they are allowed to see a doctor.

Dr Chris Steele – resident health expert on ITV’s This Morning – has criticised the move, describing it as “disgraceful”.

If the proposed plans go ahead, patients will have to initially speak with a receptionist – or ‘care navigator’.

Surgery staff are being trained to direct patients to other healthcare professionals, such as pharmacists and physiotherapists.

The move is a bid to reduce the number of doctors’ appointments and ease workload on surgeries.

However, Dr Chris expressed his concern during the ‘Health Headlines’ segment of today’s show about whether receptionists were qualified enough to decide on the best care for someone.

“GP receptionists will be known as ‘care navigators’ – although I would call them ‘care alligators’. It is disgraceful.

“They will be given half a day’s training, compared to the six years of undergraduate training and several years of experience that doctors have.

“This is the danger – somebody with that little training can’t make the decision of whether someone can see a doctor or not.”

Dr Chris explained that the idea is currently being tested in six locations, including London, Devon, Birmingham and Greater Manchester.

He argued that so far results had revealed little success of the scheme.

“This might be a scheme to cut down the number of GP appointments, but so far trials have shown it hasn’t made much of a difference,” he said.

“So far, they have shown that 93 hours a month, or roughly one appointment a day is being saved.”

Campaigners have also spoken out against the idea, pointing out that receptionists could miss symptoms or patients could be embarrassed discussing problems in a waiting room.

An NHS England spokesman said: “Care navigators are practice staff that are specially trained to offer patients the right choice of treatment at the right time.

“It is already common for patients to inform reception staff about their needs but anyone who still wants to see a GP will always be able to do so.”