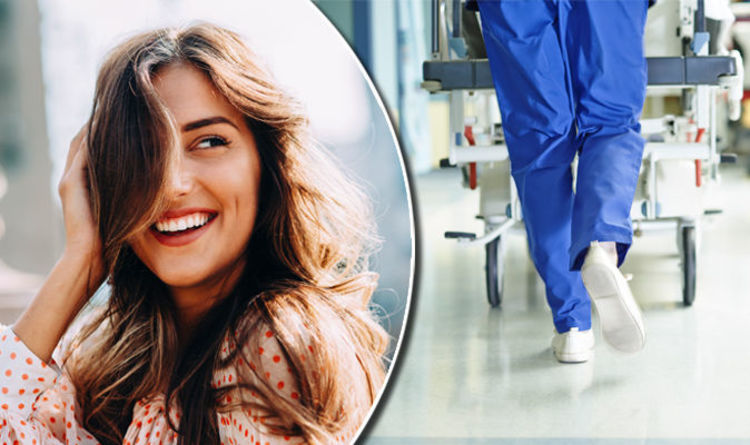 It could be due to a vitamin deficiency, such as a lack of iron and zinc, or it could be genetic.

Half of men experience some kind of balding by the age of 50 in the UK, according to the NHS.

Known as male pattern baldness, it usually begins in a man’s 20s and follows a pattern of a receding hairline, followed by thinning of the hair on the crown and temples.

Experts have suggested Prince William and Prince Harry are most likely suffering from this.

Women can experience something similar, known as female pattern baldness, and which tens to affect women who have gone through menopause.

According to the American Academy of Dermatology people normally to shed between 50 and 100 hairs a day.

If someone sheds more than this it might be due to factors like weight loss, having recently given birth, undergoing an operation, recovering from an illness or experience lots of stress.

This hair loss is usually temporary, and your locks will return.

However, sometimes hair loss can a sign of something more serious going on in the body, such as health condition.

Also known as hypothyroidism, this is where the thyroid gland does not produce enough hormones.

Along with weight gain, depression and tiredness, losing hair may be a symptom.

However, the British Thyroid Foundation note that it is unusual to have hair loss without other accompanying symptoms.

It can usually be successfully treated by taking daily hormone tablets.

While cancer treatment in the form of chemotherapy is known to cause hair loss as a side-effect, a thinning mane may be a sign of certain types of cancer in the first place.

One example is Hodgkin’s lymphoma which is a rare cancer that develops in the lymphatic system.

Common symptoms of the potentially deadly condition include persistent fatigue, fever and painless swelling of lymph nodes in your neck, armpits or groin, according to the Mayo Clinic.

However, along with excessive sweating, skin flushing and neck pain, there may be significant hair loss.

If you are concerned about any of these symptoms you should seek medical attention as soon as possible. Find more information at Cancer Research UK.

This is an autoimmune disease where the body attacks itself, and triggers severe fatigue and joint pain.

According to Lupus UK, hair loss is a common symptom of the condition and can be one of the first signs.

Hair can become brittle and often sheds in patches.

People may also experience thinning of the beard, eyebrows, eyelashes, and other body hair.