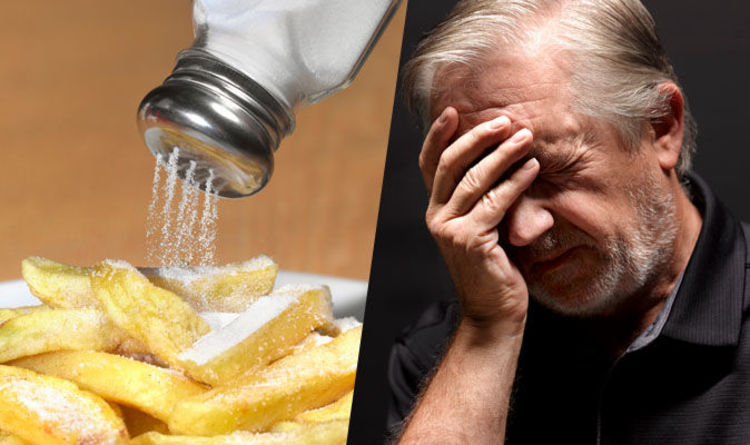 Migraine patients have more sodium in their cerebrospinal fluid – which surrounds the brain and spinal cord.

Sodium is one of the key components of table salt.

Previous studies have confirmed that adding extra sodium to diets can raise the amount of the chemical in cerebrospinal fluid.

The findings could make treating migraines much easier, as until now, doctors have based diagnosing and treating severe headaches on the patients’ description of symptoms, which can be quite subjective.

“These findings might facilitate the challenging diagnosis of a migraine,” said author of the study, Dr Melissa Meyer.

“It would be helpful to have a diagnostic tool supporting or even diagnosing migraine and differentiating migraine from all other types of headaches.”

The findings came after a Japanese study revealed blood pressure and sodium levels in cerebrospinal fluid were higher after having a high-salt diet.

Having between 16 and 18g of salt a day increased the amount of salt in the fluid.

“A reduced sodium intake was associated with a significantly lower risk of headache, while dietary patterns had no effect on the risk of headaches in adults,” said author of the 2014 study, Lawrence Appel.

The average salt intake for UK adults was about 8g a day. Reducing the average daily amount by 2g could reduce the number of premature deaths by over 8,000, Public Health England said.

More than 10 million people in the UK get headaches regularly, according the NHS.

The exact cause of migraines is unknown, but it could be caused by chemical changes in blood vessels and nerves around the brain.

It could also be caused by stress, tiredness, certain foods or drinks, or starting a period, the NHS said.

While there isn’t a cure for migraines, symptoms could be reduced by taking painkillers, or medication called triptans.

The condition tends to get better over time, although some people find migraines get worse as they get older.