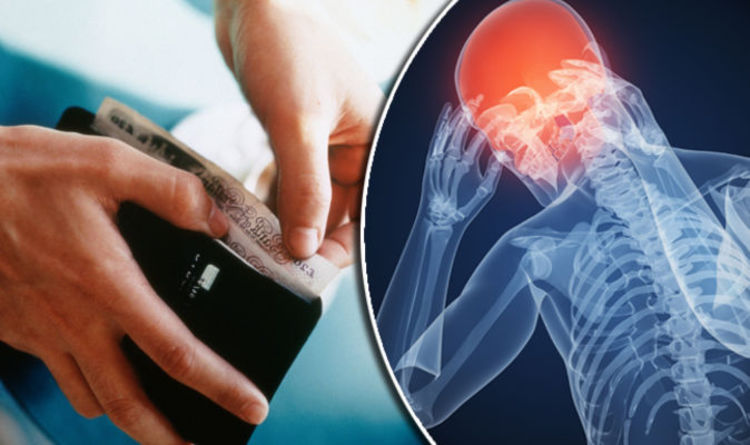 Research has found a link between financial worries and migraine.

The findings, presented to the European College of Neuropsychopharmacology, showed that people with a specific gene variation were more susceptible to migraines when under money-related stress.

A migraine is a moderate or severe headache felt as a throbbing pain on one side of the head, according to the NHS.

According to the NHS, the exact cause is unknown, but factors include medication, hormonal changes, poor quality sleep, dehydration and strong smells.

However, scientists have revealed for the first time that the genetics of circadian rhythms – how the body controls and responds to environmental changes – has been shown to have an effect on migraine.

Variations of circadian genes have in past studies been shown to affect mood disorders, so it was thought they may influence migraines too.

They discovered that people with a specific variation in the CLOCK gene were more at risk.

This gene has an important role in regulating rhythmic patterns of the body, including body temperature or level of the stress hormone cortisol.

There there was no significant direct connection between the gene and migraine.

But when stress was factored in, the gene variants they were looking at increased the risk of someone developing a migraine in those who suffered financial hardship by roughly 20 per cent.

“This work does not show what causes migraine – there is no single cause – but it does show that both stress and genetics have an effect,” said Daniel Baksa, a researcher from Semmelweis University in Budapest.

“In the work presented here, we were able to show that stress – represented by financial hardship – led to an increase in migraine in those who have a particular gene variant.

“What we need to do now is to see if other circadian gene variants in association with different stress factors cause the same effect.”

He added that the gene variants they investigated are present in around a third of the population.