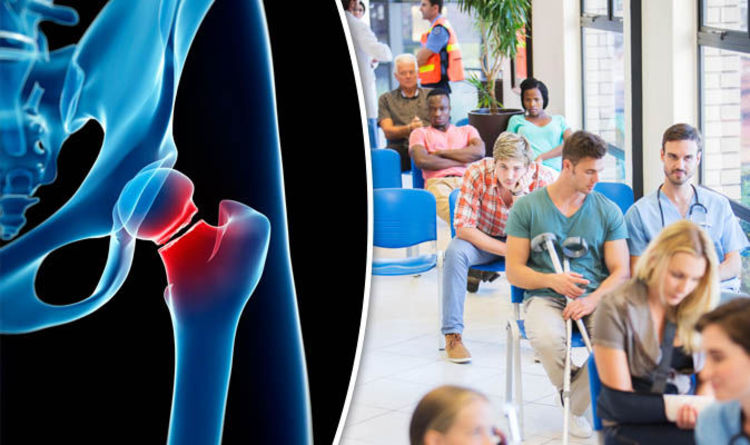 Seven elderly patients break their hips while staying in hospital every day with some facilities not doing enough to keep them safe, analysis shows.

Overall, two in five are not receiving “best practice” when it comes to managing their debilitating condition, findings from The National Hip Fracture Database conclude.

Antony Johansen, who helped compile the report, said: “If 40 per cent of patients are not receiving this care – usually because they miss out on just one or two elements, this could compromise their rehabilitation and recovery.”

Examination of the records of 65,000 patients found thousands are not receiving the care they should.

Almost one in ten were still immobile four months after an injury with “enormous variation” in rehabilitation rates at hospitals.

Elderly patients are meant to get standard treatment, including surgery within 36 hours and an urgent review by a geriatrician.

But the audit found found 40 per cent were not getting the care they should.

“If you have to get on a bedpan with a broken hip there’s no dignified way of doing that and people just unravel.

“With care of frail older people, doing it well is cheaper than doing it badly.

“I know if I fail to rehabilitate someone and they go into a care home that’s a bill of £70,000 for them or the taxpayer.”

The database also revealed 4.1 per cent of all fractures happen while older people are in hospital, up from 3.9 per cent last year.

It comes as an army of pensioners suffers in silence because the NHS is struggling to cope with the demands of an ageing population.

The crisis has seen the waiting list for orthopaedic procedures grow by a quarter to more than 500,000 in eight years.

Patients are waiting longer for hospital treatment after a GP referral, with the creaking system hitting the elderly hardest.

About one in 10 now has to wait more than the prescribed 18 weeks for surgery.

Some of the most vulnerable are left in severe pain at home unable to undertake everyday tasks like shopping or cleaning.