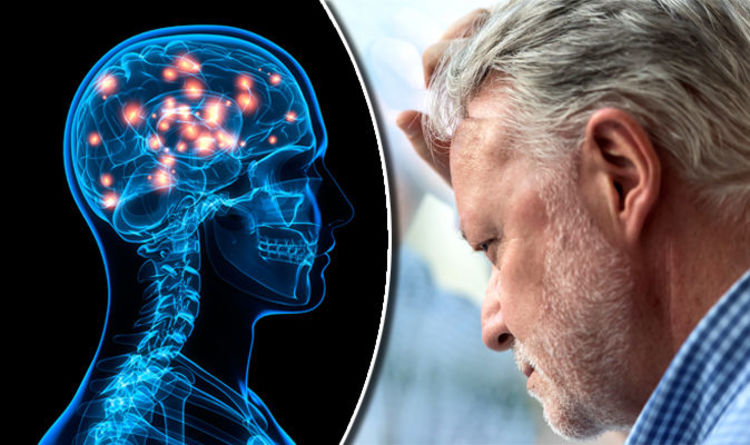 Dementia affects 850,000 people in the UK, and causes debilitating symptoms such as memory loss, problems with language and decreased judgement.

Catching signs of dementia early can mean better treatment that stops or slows rate of decline – but often it is only diagnosed when it is too late.

However, a new study has revealed that losing your hearing could be a sure sign the condition is on its way.

Scientists at Trinity College Dublin have identified a link between hearing loss and a greater chance of cognitive decline.

While previous research discovered that a decline in hearing ability precedes a dementia diagnosis by about five to ten years – but left scientists unsure about how they were connected – the new study has shown that hearing loss raises the likelihood you will suffer.

With approximately a third of adults over 65 years experiencing hearing loss, the findings are significant.

Additionally, it remains the leading cause of death in England and Wales, according to recent figures.

Researchers looked at 36 studies involving 20,000 people around the world.

“The associations, although small, were comparable in size and significance with other more commonly researched risk factors,” the study authors wrote.

In some of the studies age-related hearing loss was associated with a 22 per cent increased risk of cognitive impairment, and a 28 per cent raised risk of any form of dementia.

Interestingly, when they looked at Alzheimer’s disease specifically, there was no clear link.

“There is emerging evidence that hearing loss is a risk factor for dementia, as highlighted by a large study in the Lancet Commission earlier this year,” said Dr Clare Walton,

Research Communications Manager at the Alzheimer’s Society in response to the new research.

“This research has reviewed and re-analysed the results of several previous studies, and the results add weight to the potential link between hearing loss and cognitive decline or dementia.

“So far these studies have only found an association between hearing loss and memory and thinking abilities and we can’t say for sure whether hearing loss can cause dementia.

“However, researchers have a few theories as to how hearing loss could feed into dementia risk.

“This includes the theory that the brain is diverting important resources from other areas in order to fully understand and process sounds, or that hearing loss can lead to increased social isolation.

“Further work is needed to find out whether any of these theories are true.”

She added that they are looking into whether hearing aids could help reduce risk, and urged people to get their hearing checked out if they are concerned.