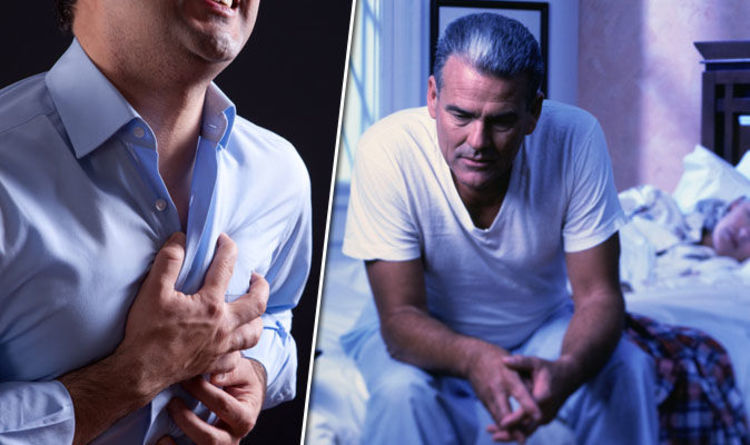 Sleep deprivation was linked to having poor cardiovascular health in older women, according to a preliminary study from the University of California.

Not getting enough sleep increased the risk of obesity and high blood pressure, the study found.

It meant the women were more likely to develop strokes, heart disease and have heart attacks.

The findings backed up a 2011 study which claimed poor quality sleep was linked to an increased risk of high blood pressure, according to the American Heart Association.

The risk of developing the potentially fatal condition increased if the patient was in ‘sleep debt’.

That meant sleeping for at least two hours more during the weekend than on a weekday.

Researchers followed about 21,500 female health professionals, that were between 60 and 84 years old, to find the link between sleep deprivation and cardiovascular disease.

When discounting other sources of stress – including work and life events – sleep quality was still an important factor for good overall heart health, the scientists said.

Not getting enough sleep during the week might confuse the body in the older women, and could increase the risk of heart disease.

Cardiovascular disease is one of the main causes of death and disability in the UK.

There are a number of different types of the disease, but the four main types are coronary heart disease, strokes, peripheral arterial disease, aortic disease.

High blood pressure, smoking, high cholesterol, diabetes, obesity, not exercising enough, and a family history of cardiovascular disease are all risk factors for the condition, according to NHS.

Having a balanced a diet could reduce the risk of cardiovascular disease, including eating plenty of fruit and vegetables and low levels of saturated fat.

Meanwhile, sleep deprivation could cause brain cells to slow down, leading to delayed responses, scientists have claimed.

The National Sleep Foundation recommends adults get between seven and nine hours of sleep a night.