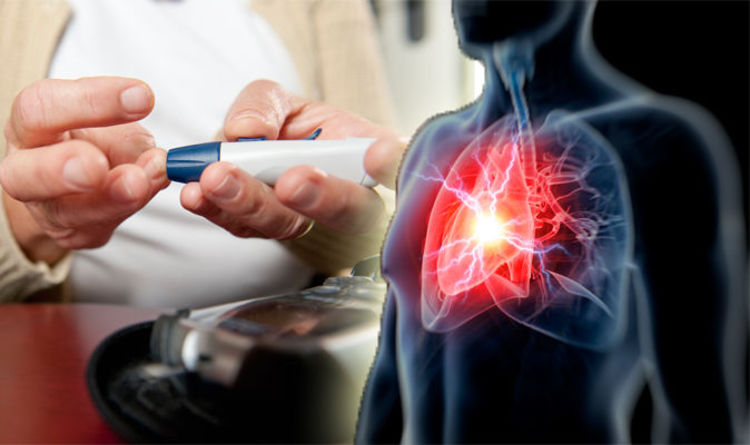 Scientists have discovered the conditions are linked by the same genes which could offer hope of combating them with the same drug.

Researchers analysed the complete DNA of more than 250,000 people and found seven mutations that increased the risk for heart disease and diabetes.

It could help explain why diabetics are 65 and 48 per cent more likely to suffer heart failure or a heart attack, respectively.

“Identifying these gene variants linked to both type 2 diabetes and coronary heart disease risk in principle opens up opportunities to lower the risk of both outcomes with a single drug,” said Professor Danish Saleheen, Epidemiologist at Pennsylvania University.

The findings add to the basic scientific understanding of both major illnesses and point to potential targets for future drugs.

Professor Saleheen said: “From a drug development perspective it would make sense to focus on those pathways that are most strongly linked to both diseases.”

Type 2 diabetes is a significant risk factor for coronary heart disease (CHD) but the reasons why are still fairly unclear.

Coronary heart disease affects more than 2.3 million people in Britain and 69,000 die from heart attacks every year as a result.

There are an estimated 3.6 million Britons living with type 2 diabetes – a major cause of premature death.

For eight of the sites on the genome the researchers were able to identify a specific mutation that influenced both diseases.

Seven increased the risk for both while the eighth – a mutation of the ApoE gene that transports cholesterol – turned out to raise the risk of diabetes but lower the risk of heart disease.

Professor Saleheen said this could explain why statins – prescribed to lower ‘bad’ LDL cholesterol – can increase the risk of diabetes.

The expert said: “Using evidence from human genetics it should be possible to design drugs for type-2 diabetes that have either beneficial or neutral effects on CHD (coronary heart disease) risk.

Professor Saleheen is now working with a team to plan further investigations of the dual-risk genes uncovered in the study.