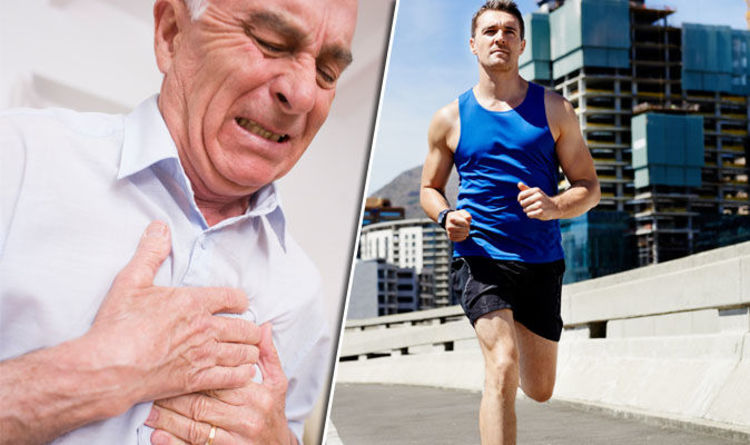 Despite scientists expecting to find heart disease risk was higher in those that exercise less, they found white men were more likely to suffer the condition if they exercised more.

They also found that the odds of heart disease didn’t increase in black men that exercised more; only in white men.

White men were 86 per cent more likely to have a buildup of plaque in heart arteries if they exercised, compared to those that only exercised at low levels.

Heart disease is the most common cause of death in the UK.

“We expected to see that higher levels of physical activity over time would be associated with lower levels of coronary artery calcification,” said researcher working on the study, Deepika Laddu.

Coronary artery calcification is a major risk of heart disease.

It’s caused by fat being deposited on the inside walls of the arteries.

The arteries narrow, making blood supply – and oxygen – restricted around the body.

The researchers carried out a 25 year study to 2011, to find the ‘surprising’ results.

Participants, which included white and black men and women, were all aged between 18 and 30 when the study began.

White men that exercised the most had the highest risk of developing the condition.

White women showed a “similar trend”, the researchers said, but the results weren’t statistically significant, unlike in men.

Laddu said: “Because the study results show a significantly different level of risk between black and white participants based on long-term exercise trajectories, the data provides rationale for further investigation, especially by race.

“High levels of exercise over time may cause stress on the arteries leading to higher coronary artery calcification.

The researchers warned, however, that individuals shouldn’t stop exercising.