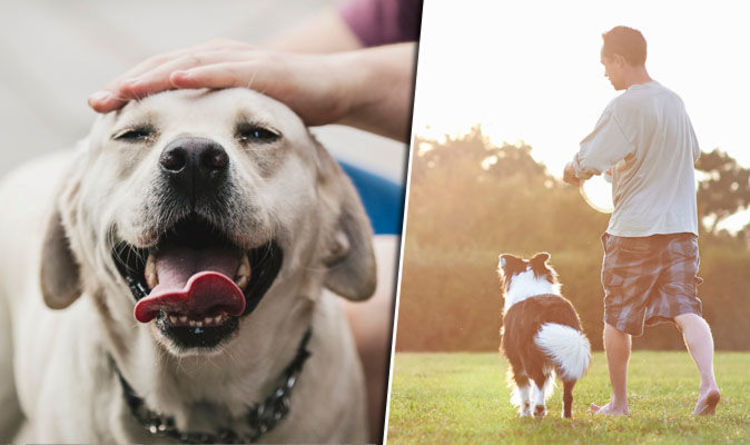 Owning a dog reduced the risk of death by a third in single households, and the risk of cardiovascular disease by 11 per cent, a Swedish study claimed.

The reduced death risk could be caused by dog owners being more physically active – going on walks – or having an increased sense of well-being, the researchers said.

Almost a quarter of UK households have a dog, according to latest figures.

Cardiovascular disease was the cause of nearly half of all European deaths last year.

“Perhaps a dog may stand in as an important family member in the single households.”

While the study couldn’t assess the exact cause of the link between dog ownership and health, the scientists suggested it may be caused by improved physical activity.

Dog owners would also have an increased well-being and social contacts. The bacteria found on dogs may also play a role in helping people to live longer, they claimed.

The study analysed more than 3.4 million people, that didn’t have cardiovascular disease.

All of their hospital visits were recorded over a 12-year period, and compared to whether they owned a dog, or not.

Dogs could have a beneficial impact in reducing cardiovascular disease risk in their owners by providing social support, and motivation for exercise, it was revealed.

Mubanga said: “A very interesting finding in our study was that dog ownership was especially prominent as a protective factor in persons living alone, which is a group reported previously to be at higher risk of cardiovascular disease and death than those living in a multi-person household.

“Another interesting finding was that owners to dogs from breed groups originally bred for hunting were most protected.”

Battersea Dogs & Cats Home said it was no surprise that owning a dog had health benefits.

The charity’s Head of Centre Operations, Natalie Pallier, said: “This study proves what we have long known at Battersea – that dogs are good for your heart.

“Dogs help reduce stress, prevent loneliness and being around them makes people feel happier. At Battersea, we hear countless stories about how dogs change people’s lives for the better. Owners tell us their four-legged-friend gives them a reason to get up in the morning – particularly if they live by themselves.

“At Battersea, we have dogs that would suit all different levels of fitness looking for a home, and anyone interested in adopting should get in touch or visit our website today.

Cardiovascular disease is one of the main causes of death and disability in the UK, according to the NHS.

It’s usually caused by a build up of fatty deposits inside arteries, and an increased risk of blood clots.

High blood pressure, smoking, diabetes and high cholesterol are the biggest risk factors for the condition.

A healthy lifestyle could help to lower your risk of cardiovascular disease, the NHS added.