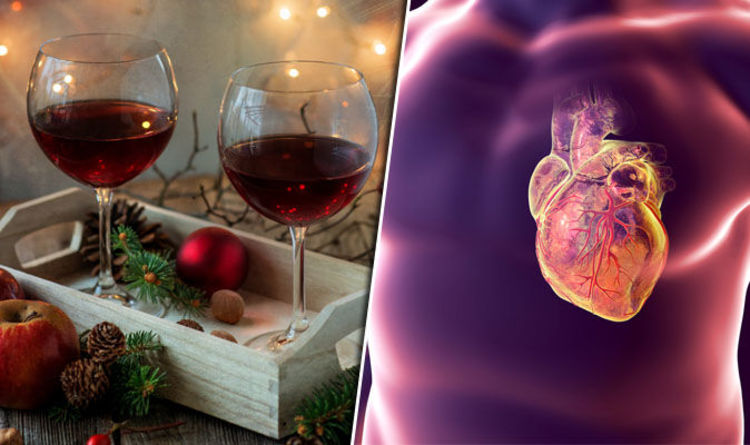 A festive tipple of wine could help to protect the heart, research has revealed.

Wine contains antioxidant polyphenols, that help to arteries from becoming hard, according to a GP.

Some wines have more antioxidants than others, and could have more protective abilities.

But, drinking in moderation was key, as too much alcohol leads to high blood pressure, and has been linked to dementia and liver disease, the doctor said.

Dr Sarah Brewer, GP and Healthspan Medical Director told Express.co.uk: “Wine is a complex liquid, containing many antioxidant polyphenols that reduce oxidation of cholesterol, improve arterial elasticity and may offer some protection against hardening and furring up of the arteries.”

The antioxidants are richest in grape skins and their pips, she said. The most powerful antioxidants – procyanidins and stilbenes – protects the grapes against sunburn and fungal attacks.

Red wine has more of the antioxidants than white wines or champagne, as the juice is left to macerate with skins for longer, in a bid to absorb their red colour, Brewer said.

“Some reds – such as those from the Madiran region of Gascony in France (Tannat grape) – provide twice the level of procyanidins as those from, for example, Australia.”

A Californian study of almost 129,000 people found that drinking wine was linked to a “significantly lower risk” of dying from coronary heart disease, compared to those that preferred drinking beer or liquor.

All types of wine had similar risk reductions.

Healthspan Head of Nutrition, Rob Hobson, added: “Drinking is not something to be advocated for health, and there is plenty of research to show the long term effects of heavy drinking on liver heath, and is a key risk factor for heart disease.

“However, research does show that red wine (and just a small glass – 125ml) may be protective for the heart. This variety of wine contains several polyphenol antioxidants including quercitin and resveratrol, which are the active ingredients in this case.”