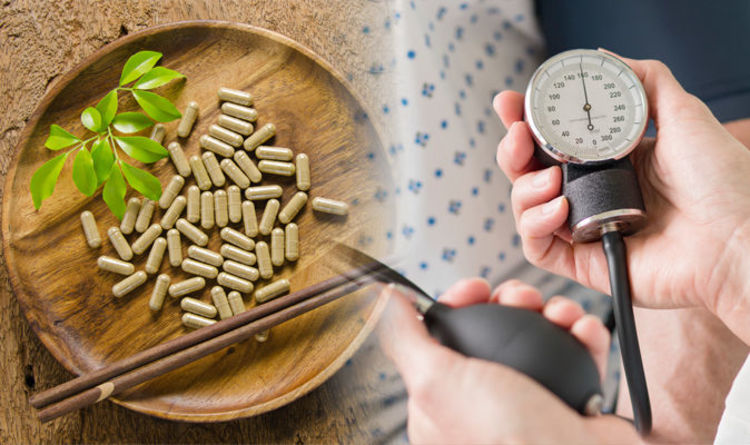 Cardiovascular disease is a general term for conditions affecting the heart or blood vessels.

High blood pressure, heart disease and lung disease all fall under this, and each one can have life-threatening consequences.

A healthy lifestyle can lower your risk of cardiovascular disease.

Omega 3 fatty acids can be found in plant foods such as flaxseeds and animal foods such as cold water fish. Foods high in omega 3 are widely known to benefit heart health, reducing the risk of heart attacks and strokes, as well as decreasing the risk of sudden cardiac death, according to Amy.

She added: “EPA and DHA, the fatty acids found in omega 3 are also effective at reducing blood triglyceride levels by an average of 25-30 per cent, helping to reduce the occurrence of cholesterol related heart issues. In addition, omega-3 fats reduce inflammation and therefore have therapeutic applications in a number of diseases that are associated with pro-inflammatory mechanisms such as rheumatoid arthritis and other joint-related diseases.

“These fats have also been shown to protect against muscle loss and even enhance fat breakdown. The body is unable to make omega 3 fatty acids, so it is vital we get these from our diet. To ensure you’re getting adequate amounts, I recommend UnoCardio 1000, a unique omega 3 and vitamin D blend which has been independently named as the highest quality fish oil supplement on the market since 2015.”

In many studies, plant sterols, also known as phytosterols have been shown to reduce cholesterol and prevent cardiovascular disease.

Amy explained: “They have a structure that is similar to cholesterol, causing it to decrease gut absorption and to enhance elimination of dietary cholesterol. A comprehensive review of 41 trials comparing plant sterols to placebo concluded that intake of two grams per day of sterols reduced “bad” LDL cholesterol by 10 per cent with the effects independent of diet. The same study concluded that the cholesterol-lowering properties are above and beyond that achieved with diet or medications that also lower cholesterol.”

Lycopene is found in many fruits and vegetables, but tomatoes and tomato products are the main sources of lycopene in the diet.

Amy said: “Lycopene has been shown to have strong antioxidant properties. Studies indicate that people with high levels of lycopene in their blood have reduced risk of cardiovascular disease. A recent study showed that men with the lowest levels of lycopene had more than a 3-fold greater risk of having an acute coronary event or stroke. In addition lycopene has been shown to reduce inflammation in the body and lower blood pressure.”

Several studies have suggested that garlic and garlic extracts could lower blood cholesterol and triglycerides as well as slightly elevate “good” HDL cholesterol.

Amy added: “A recent study also showed that supplementation with garlic extract (1.2 grams 3 times per day for 2 weeks) significantly reduced the oxidation of “bad” LDL cholesterol, which is known to contribute to vascular dysfunction. Garlic has antioxidant properties, particularly aged garlic extract, which is rich in several organosulfur compounds that are powerful antioxidants.”

CoQ10 assists in making energy from carbohydrates and fats. It primarily acts as an antioxidant in the heart and is involved in the synthesis of energy, but it also has other important functions inside the mitochondria such as stabilising membranes.

Amy said: “CoQ10 protects the “bad” LDL cholesterol that is implicated in atherosclerosis from oxidising. Because of CoQ10’s role in oxidative stress, energy production and stabilisation, it is useful in preventing damage to the heart during periods of stress. CoQ10 levels have been shown to be depleted in patients with a variety of heart conditions and in those taking cholesterol-lowering statin drugs. Research of CoQ10 spanning over 30 years shows potential for use in the prevention and treatment of cardiovascular disease in these patients.

One Hollywood physician says pine bark is the answer to improved circulation and stronger blood vessels.