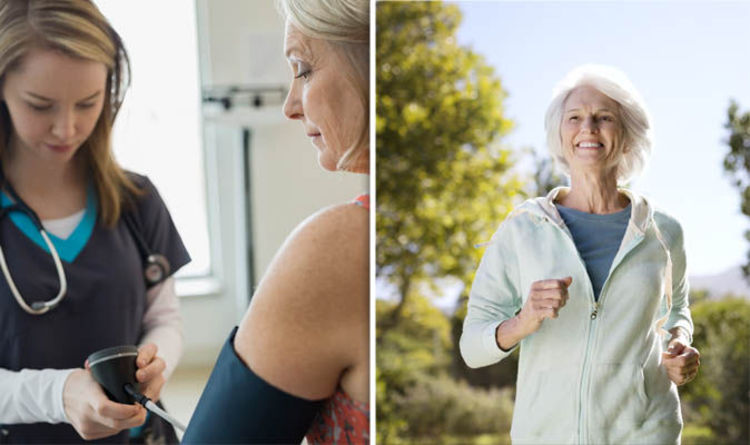 Those who manage to stay slim are up to 41 per cent less likely to develop the condition known as the “silent killer”.

Results from 25 years of research confirm that putting on weight poses one of the most significant threats to health.

The scientists behind the study said shedding the pounds was more important in lowering blood pressure than giving up smoking or drinking.

Dr John Booth, from the University of Alabama in the US which carried out the research, said: “This data suggests body weight is very important in terms of maintaining a normal blood pressure from early and into middle adulthood.”

He said the results provided evidence that what doctors should focus on is how to help people maintain a normal body weight.

The research is the latest to suggest that people who fail to keep on top of their weight run the risk of suffering a catalogue of health problems as they grow older.

But it is the first significant study to hail the effects of weight loss on blood pressure above other lifestyle factors such as drinking, exercise and smoking.

The scientists checked the impact of healthy body weight, smoking and drinking up to seven units a week for women and 14 a week for men.

The other factors measured were 150 minutes or more of exercise a week and eating a diet full of whole grains and lean protein which was low in fat and salt.

The analysis of 4,630 people aged between 18 and 30 when the study started in 1985 showed those who stuck to at least four of the five critical behaviours were 27 per cent more likely to have normal blood pressure as they aged.

But by far the biggest improvement was seen in participants who were a healthy weight throughout, irrespective of their other habits.

Those who maintained optimal body weight were 41 per cent less likely to have high blood pressure.

Findings presented to the American Heart Association Council on Hypertension in San Francisco showed a link between never smoking and moderate, or no, alcohol consumption and less of an increase in blood pressure by middle age.

But maintaining physical activity or a healthy diet were not associated with changes in blood pressure.

High blood pressure is known as the silent killer because it has no symptoms. More than five million people in the UK are unaware that they have the condition which if left unchecked can trigger a whole host of devastating illnesses.

“With this in mind, finding a link between weight and blood pressure could be important in preventing these conditions.

“This research shows people who maintain a healthy body weight throughout their life are more likely to have normal blood pressure as they grow older.

“This reaffirms the importance of keeping trim in younger life, as it will not only help maintain a healthy heart, but also overall well-being.”