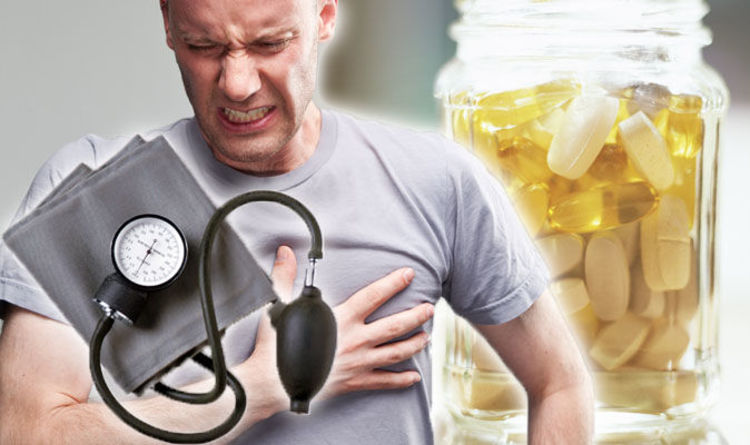 Vitamin D helps to regulate the amount calcium and phosphate in the body, which keeps bones, teeth and muscles healthy.

During the winter months, the NHS suggests taking vitamin D supplements for those that may be at risk of deficiency, as there’s less sunlight during the daytime. Sunlight is a good source of vitamin D.

The vitamin could help to restore damage to the cardiovascular system after a number of diseases, scientists have revealed.

High blood pressure and diabetes patients could benefit from taking vitamin D supplements, it was claimed.

“However, in recent years, in clinical settings people recognise that many patients who have a heart attack will have a deficiency of D3.

“It doesn’t mean that the deficiency caused the heart attack, but it increased the risk of heart attack.”

There are not many, if any, known ways to repair cardiovascular cells after they’ve been damaged, he added.

“This is a very inexpensive solution to repair the cardiovascular system,” said Malinksi. “We don’t have to develop a new drug. We already have it.”

Some diseases can damage cardiovascular muscles. Damaging the muscles disrupts the electrical signals that the body uses to generate heart beats.

While this can cause mild symptoms, including chest pain, fatigue and dizziness, it can cause more extreme, life-threatening symptoms.

After a heart attack, deadly arrhythmias are a major cause of death during the following 24 to 48 hours, according to the NHS.

Taking too much vitamin D supplements can cause serious consequences, however.

Over a long period, the vitamin can cause calcium to build up in the body, which weakens bones and damages the kidneys and heart.

About 10mcg of vitamin D is enough for most people, the NHS said.

Taking more than 100mcg of vitamin D supplements a day could lead to the life-threatening condition.