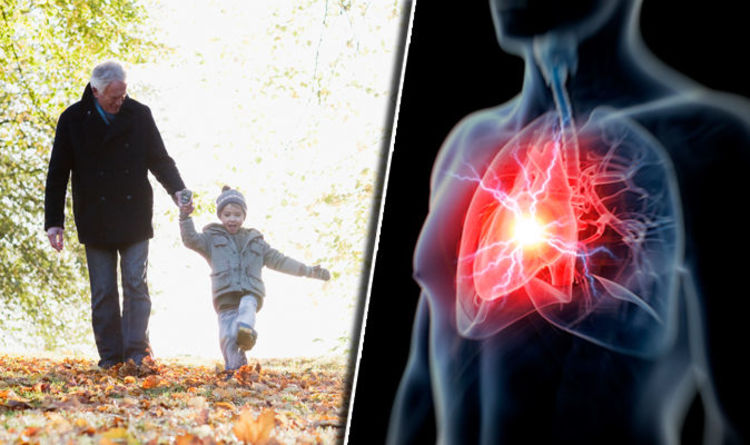 High cholesterol is dangerous, and can increase your risk of suffering from heart disease or heart attack.

It is often due to lifestyle factors such as poor diet, obesity, excessive alcohol and smoking.

Most people will reach their 50s, 60s or 70s before it is considered a problem, according to the British Heart Foundation.

However, some people may inherit a tendency for high amounts of the fatty substance in their blood, and which means it could affect them much younger.

Known as familial hypercholesterolaemia (FH), having high cholesterol can be passed down through families.

According to the NHS, approximately one to two in every 250 people in the UK has the condition.

While it doesn’t usually cause noticeable symptoms, people between the ages of 20 and 40 who have it are a hundred times more likely to have a heart attack.

According to the British Heart Foundation, most people may be unaware they have it.

For this reason, researchers are looking at screening children to catch the condition early.

A study published last year by Queen Mary University and Great Ormond Street Hospital suggested that toddlers could be checked at the same time as other routine vaccinations.

The researchers concluded that for every 1,000 children screened, four children and then four adults would be diagnosed.

A 2008 study found that people with FH who are diagnosed and treated before they develop heart disease can live as long as people who don’t have it.

It is thought FH is caused by abnormal gene that affects how much cholesterol is absorbed by cells.

This can reduce risk of complications like heart attack.

A 2015 Dutch study found that FH was linked to a lower risk of type 2 diabetes.