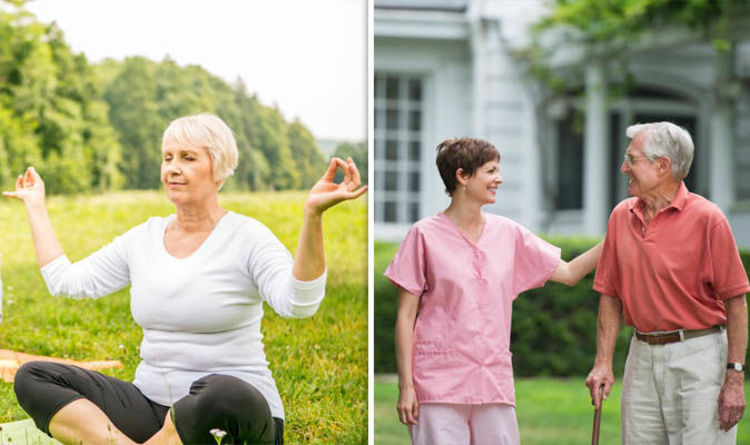 This matter contains the crucial nerve fibres which relay messages to and from the brain, maintaining cognitive functions and memory.

In a wide-ranging new study of older people across a fiveyear period, researchers found those with poor fitness levels suffered a faster deterioration in these vital “hubs” between neurons, putting them at a greater risk of dementia.

Neurologist assistant professor Dr Kan Ding, of the University of Texas Southwestern where the research was conducted, said: “This research supports the hypothesis that improving people’s fitness may improve their brain health and slow the ageing process.”

Currently there is no known cure for Alzheimer’s which causes nerve cell death and loss of tissue throughout the brain, leading to dementia. As the disease takes hold the brain shrinks dramatically, affecting most of its functions.

In the UK, around 850,000 people suffer from dementia, costing some £26billion a year. This number is rising rapidly as the population ages and is expected to hit one million by 2025 and two million by 2050.

Scientists believe identifying lifestyle factors that reduce the risk is vital, while the hunt for a cure continues. Alzheimer’s Research UK has long stressed the importance of physical exercise in maintaining a healthy brain.

Chief scientific officer Dr David Reynolds said: “Regular exercise has a whole range of health benefits and can play an important role in keeping our brains healthy as we age.

“Exercising doesn’t have to mean spending lots of time in the gym. The best way of sticking to an exercise programme is to find something you enjoy.

“A brisk walk, a game of tennis or swimming can all form part of an active lifestyle. As well as staying active, there are other things we can do to look after our brain.

“These include not smoking, controlling blood pressure and cholesterol, drinking in moderation, eating a balanced diet and staying mentally active.”

Published in the Journal Of Alzheimer’s Disease, the study discovered that lower fitness levels were associated with weaker white matter, which in turn correlated with their brains working less efficiently.

Brain imaging was used to measure the functionality of a patient’s white matter.

“But we hope our studies will convince people to exercise more.”