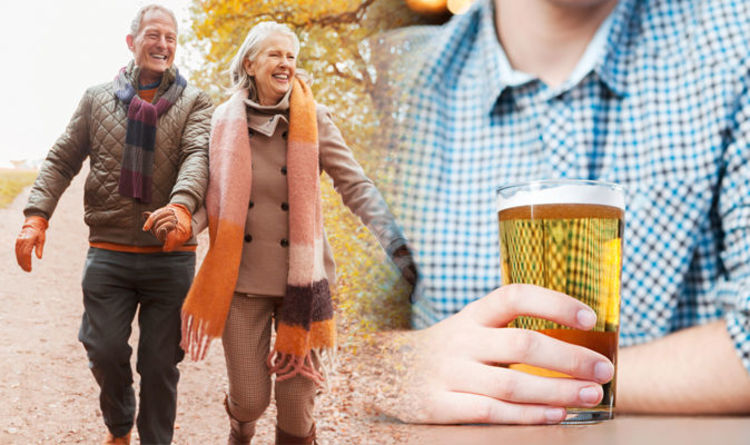 Living longer could be achieved through modest alcohol consumption according to the research.

Drinking a couple of glasses of wine or beer each night was found to be one of five key factors linked to longevity.

Of the people who took part in the study, those who had around two glasses of beer or wine every day had an 18 per cent reduced risk of premature death compared to those who didn’t drink a drop.

Speaking at the American Association of the Advancement of Science annual conference in Austin, Texas, Professor Kawas said: “I have no explanation for it, but I do firmly believe that modest drinking improves longevity.”

Advice from the UK’s Chief Medical Officer says men and women should consume no more than 14 units a week – the same as six pints of beer or seven glasses of wine – but drinking should be spread evenly over the course of seven days.

Professor Kawas added that being slightly overweight, but not obese, can also reduce the risk of early death.

She said: “The best mortality experience is to gain between five and ten pounds per decade.

Other factors which were linked to long life in the study include drinking two cups of coffee a day.

Professor Kawas stressed: “People should try to incorporate as many of these things into their day if they wish to give themselves the best chance of living to a ripe age.

“Our data shows now of these lifestyle factors make any difference to the likelihood you will develop dementia.”

The UK is famous for its grey, rainy days as well as boasting a lifestyle that never stops with people hardly ever taking time to focus on their health and wellbeing.

For many years brits have been emigrating away from the British Isles in search of a hotter climate and an overall better quality of life.

Studies have shown that living in a hotter climate where the pace of life is much slower as well as having a more balanced lifestyle can increase your life expectancy.

To coincide with this, experts at Property Turkey have revealed six ways moving to a hotter climate can improve your quality of life and in turn improve life expectancy.