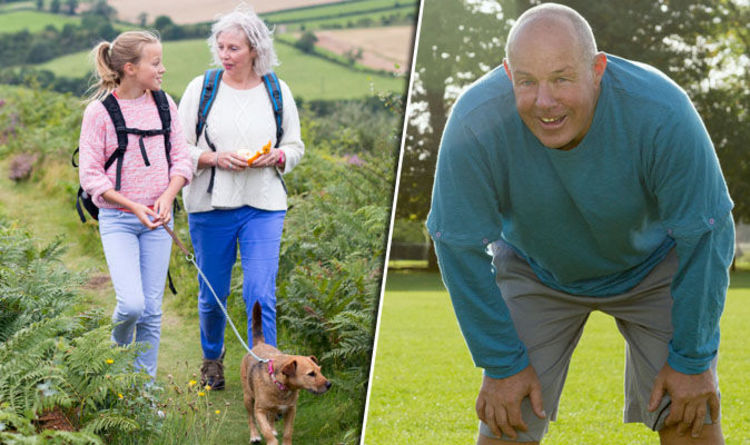 Exercising for 150 minutes a week – the current Government recommendations – could extend your life by more than three years, according to health and life insurer Vitality.

Ninety minutes of activity weekly increased life span by 2.7 years, on average, while an hour of exercise a week could extend lives by about 2.4 years, it added.

Time constraints and expense were the most common reasons people neglected exercise, a Vitality survey found.

The NHS said exercising could reduce the risk of early death by up to 30 per cent.

“Our analysis of more than 6,600 Vitality members over the course of 12 months reveals the direct positive impact that small changes to behaviour combined with rewards can make to long term health,” said Vitality CEO Neville Koopowitz.

“It is extremely encouraging to see how people can increase their life expectancy through moderate increases in activity levels.”

Everyone could take the measures to lead a happier, healthier life, she said.

Ennis-Hill said: “Being an ‘Everyday Athlete’ doesn’t mean you have to run a marathon or climb a mountain.

“It just means changing everyday behaviours such as walking up the stairs rather than taking the lift, or getting off a bus stop or two early to walk the rest of the way to where you want to go.

“This campaign shows how easy it is for people to make small changes that can really benefit their short and long-term health.”

The biggest reason that some people don’t exercise is time constraints, Vitality said. Expense and people not enjoying it made up the top three.

It was revealed this month that walking briskly everyday lowered the risk of death by between 60 and 70 per cent.

Elsewhere, other researchers claimed walking for just 30 minutes a day would lower the risk of an early end by up to 12 per cent.

Being physically active reduces the risk of heart disease and strokes by up to 35 per cent, according to the NHS.

It could also lower the risk of dementia by 30 per cent, and osteoarthritis by 83 per cent.