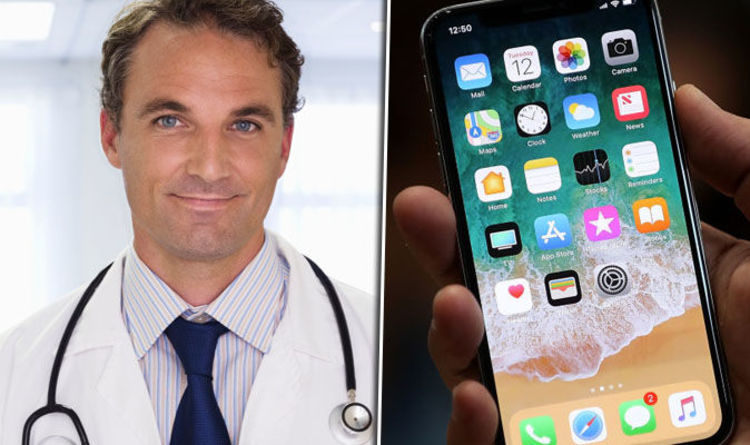 The device significantly reduces the amount of time between identifying a lump, and beginning cancer treatment, according to the doctor.

The Butterful iQ device is used to diagnose conditions across the entire body, and is used for 13 clinical applications, including urolohu, paediatrics and gynaecology, according to the manufacturer.

It connects to a range of Apple iPhone’s for a quick ultrasound reading.

It isn’t yet available outside the US, but you can reserve a device in the UK now.

Dr John Martin, Chief Medical Officer at Butterfly Network, said: “A rather personal story, but with the butterfly ultrasound device that we use today, I diagnosed my own tumour with it.

“I felt something a bit funny in my neck. I connected the probe to my phone, did an ultrasound and there it was; my tumour.”

Once Martin saw the mass on his phone, he began waiting for treatment, he said.

The sooner diagnoses could be made in other cancer patients, the sooner treatment could start.

“The secret behind our device, is that we’re conquering time,” he added.

Butterfly iQ can only be bought by licensed healthcare practitioner, according to the company.

It will begin shipping the device to customers in early 2018, it added.

In the UK, more than 350,000 cases of cancer are diagnosed every year, according to Cancer Research UK.

Almost half of patients diagnosed with cancer have surgery to remove the tumour.

Cancer Research UK said 28 per cent of patients have chemotherapy.