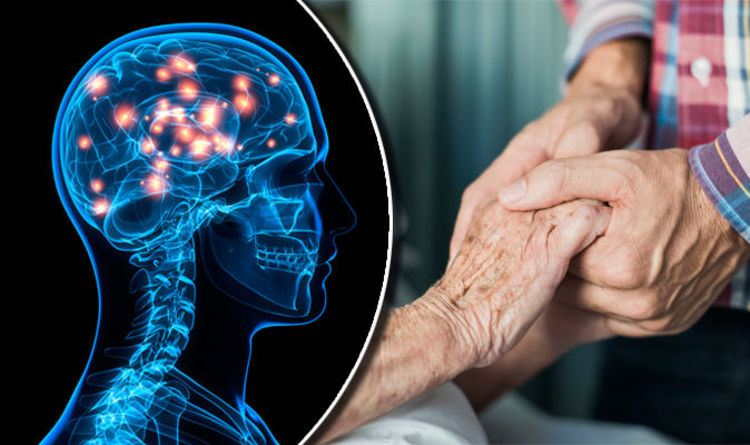 Huntington’s disease is an inherited condition, that proves debilitating over time and can even turn deadly.

According to the NHS, it is where nerve cells in the brain are damaged, affecting movement, brain function and behaviour.

Today it was announced that scientists have discovered a way to stop the disease for good in what is said to be the biggest breakthrough for neurodegenerative diseases – which also include Parkinson’s and Alzheimer’s diseases – for half a century.

Researchers at University College London have been able to correct for the first time a faulty genetic defect that causes the condition in patients.

They injected an experimental drug into spinal fluid and were able to safely reduce the levels of toxic proteins in the brain.

Professor Sarah Tabrizi, the lead researcher and director of the Huntington’s Disease Centre at UCL, told the BBC: “I’ve been seeing patients in clinic for nearly 20 years, I’ve seen many of my patients over that time die.

“For the first time we have the potential, we have the hope, of a therapy that one day may slow or prevent Huntington’s disease.

“This is of groundbreaking importance for patients and families.”

But what is Huntington’s disease, a condition currently affects a estimated 8,500 people in the UK?

Named after Dr George Huntington, an American doctor who published a description of symptoms in 1872, the condition usually affects people in their 30s and 40s

The condition often proves fatal between one to two decades after the first signs.

It is caused by a fault in a section of DNA called the huntingtin gene, which is key for brain development.

This defect turns the huntingtin protein into a killer of other brain cells.

In the new study, researchers were able to inject a drug that safely lowered levels of this protein.

According to the NHS, symptoms include psychiatric problems and issues with behaviour, feeding, communication and abnormal movements.

However, early signs may be personality changes and mood swings that can be easily overlooked.

These usually worsen with time, but it will vary between individuals.

The faulty gene runs in families, according to the NHS.

For example, if a parent has Huntington’s disease, there is a 50:50 chance their offspring will get the faulty gene and develop it too.

However, in three per cent of cases there is no obvious family history, and in rare cases it could be due to a new expansion in the gene.

Until today, there had been no sign of a cure for Huntington’s disease, and its progress couldn’t be reversed or slowed down.

Some symptoms of the condition can be managed with medication, therapies and regular exercise, advise the NHS.