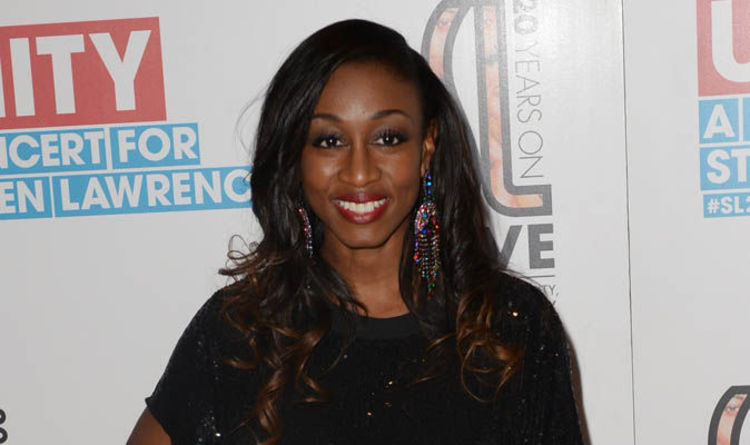 In May, the 44-year-old from Wolverhampton was diagnosed with uterine fibroids, a common condition that affects one in three women. In a statement released shortly before her operation, her management team said Beverley’s doctors had advised that surgery should take place as soon as possible “to avoid escalation of complications” but that after complete rest she would be able to resume touring by October this year.

Having to undergo such an invasive operation at a relatively young age might sound extreme. However a full hysterectomy is still a fairly standard treatment for fibroids, the benign growths or lumps that develop in the muscular wall of the womb.

About 20,000 procedures are performed each year despite there being other non-invasive treatment options available which do not remove a woman’s ability to get pregnant.

A recent report by the All-Party Parliamentary Group on Women’s Health (WHAPPG) raised concerns about the standards of care offered to women who suffer from uterine fibroids. The report revealed that 43 per cent of women suffering from them were not satisfied with the information they received about their treatment options and two-thirds (67 per cent) of trusts took no measures to ensure women were aware they had a choice.

In clinical practice, 70 per cent of women were offered womb removal to treat their symptoms, which can include heavy, prolonged menstrual bleeding, anaemia and severe pain.

The WHAPPG is now calling for better information on the treatment of fibroids and, as a result, website fibroidsconnect.co.uk has been relaunched to help affected women understand the options available to them.

According to consultant gynaecologist Miss Anne Deans of Frimley Health NHS Foundation Trust, fibroids are very common and it is believed that 40 per cent of women in the UK will have one or more by the time they are 40. Made of muscle and fibrous tissue, they can vary in size from just a few millimetres in diameter up to more than 30cm.

It is not known why fibroids develop but they grow under the influence of the female hormones oestrogen and progesterone.

The typical patient is a woman aged between 30 and 50 years old, and women from an Afro-Caribbean background have a higher risk compared with Caucasian women. Being overweight also increases a woman’s risk and recent evidence suggests there is a link between alcohol and caffeine intake and the risk of developing fibroids, while taking a vitamin D supplement and green tea extract may reduce the risk.

Having fibroids can affect your ability to fall pregnant. Some bulge into the cavity of the uterus (called submucosal fibroids) and interfere with how a pregnancy implants, causing miscarriage. Large growths can distort the shape of the womb, stopping sperm finding an egg to fertilise.

Some research indicates that the more children you have, the less likely you are to have fibroids. Having a family later in life means you are at greater risk of fibroids compromising fertility or causing complications in pregnancy, explains Miss Deans.

The severity of symptoms also varies. While some women don’t have any problems at all, others have periods that are so heavy and painful they can’t leave the house. Fibroids can grow so big they can make a woman look as though she is in the later stages of pregnancy.

In the past most gynaecologists advised surgery. This involves either carrying out a hysterectomy (removing the entire uterus) or removing the fibroids individually (known as a myomectomy).

However there are a number of alternative treatments available. In most cases, they are used to control the symptoms rather than treating the fibroids themselves. These include the contraceptive pill, progesterone tablets, the contraceptive coil containing the hormone levonorgestrel, and injections called GnRH analogues.

A new once-a-day pill called Esmya is now available which shrinks fibroids by blocking their progesterone hormone receptors so that the fibroid cells die off.

A minimally invasive surgical procedure called uterine artery embolisation can also be considered. This is where a catheter is used to deliver small particles that block the blood vessels supplying the fibroids. This causes the fibroids to shrink.

“There are very few situations where hysterectomy is the only choice for treatment of fibroids these days,” says Miss Deans.

For information about fibroids, including the causes, symptoms and treatment options, visit fibroidsconnect.co.uk, the British Fibroid Trust at britishfibroidtrust. org.uk or NHS Choices at nhs.uk