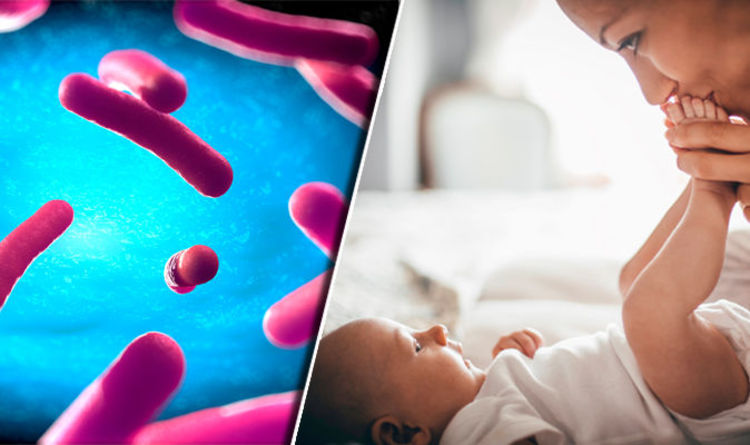 Infections could be a dangerous side-effect of eating the placenta after the birth of a baby, according to a new study.

Eating the placenta – tissue rejected by the body after birth – has become a popular trend in recent years thanks to celebrity fans who include January Jones and Kourtney Kardashian.

It is thought that there are health benefits to doing so, and suggestions that it is a ‘superfood’.

However, a study published in the American Journal of Obstetrics and Gynaecology has revealed that eating the placenta has no health benefits.

What’s more, scientists have warned that new mothers risk passing on dangerous infections to their babies.

The findings come as more and more women in the United States and Europe are requesting to take the placenta with them after childbirth.

It contains a high level of nutrients and hormones.

For these reasons it is suggested that it improves the milk production of breastfeeding mothers, brings energy and faster recover after pregnancy, and protects against depression.

However, none of these alleged effects from eating the placenta are scientifically proven.

“Medically speaking, the placenta is a waste product,” said Alex Farr, a gynaecologist from the Medical University of Vienna.

“Most mammals eat the placenta after birth, but we can only guess why they do so.

He added that nutrients like iron, selenium and zinc are not present in sufficiently high quantities in the placenta to be beneficial.

However, there are high amounts of heavy metals in the placenta that accumulate there during pregnancy, and which could pose a health risk.

Additionally, because human consumption of placenta tends to happen in the form of processed capsules, there is a risk of infection.

In June, the US’s Centre for Disease Control and Prevention revealed that a mother who had eaten placenta capsules passed on life-threatening blood poisoning to her baby.