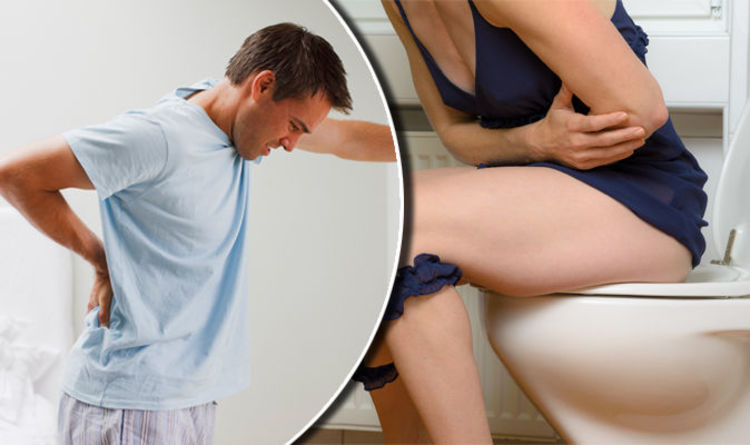 Kidney stones are a common condition affecting one in three men and up to two in 20 women at some point in their lives, according to the NHS.

They are solid masses made of crystals that usually originate in the kidneys but can also develop anywhere along the urinary tract.

The crystals form because of waste products in the blood that over time can accumulate to become a hard stone-like lump.

A major risk factor is not drinking enough water, or other fluids, which means you produce less than one litre of urine a day.

Sex can also be a trigger, according to the National Institute of Diabetes and Digestive and Kidney Diseases.

Pain is a key symptom of kidney stones, and severe discomfort is known as renal colic.

However, it may not happen until the stone begins to move down the ureters – which are a pair of small tubes connecting the kidneys to the urinary bladder.

This means that there may be other symptoms to know that could help you catch kidney stones before they worsen.

Early signs may include needing to go to the toilet more often to urinate.

Additionally, urinating small amounts, foul-smelling urine or spotting blood in the urine – making it a red, pink or brown colour – could also point to the condition.

According to the NHS, most stones are small enough to be passed in your urine, and it may be possible to treat symptoms at home with medication.

However, larger stones may need to be broken up with ultrasound or laser energy.

Suffering from them once raises your risk of getting them again.

It is thought that up to half of all people who have had kidney stones will experience them again within the following five years.

The best way to prevent it is to avoid being dehydrated – so that your urine looks diluted and clear – to lower your risk.