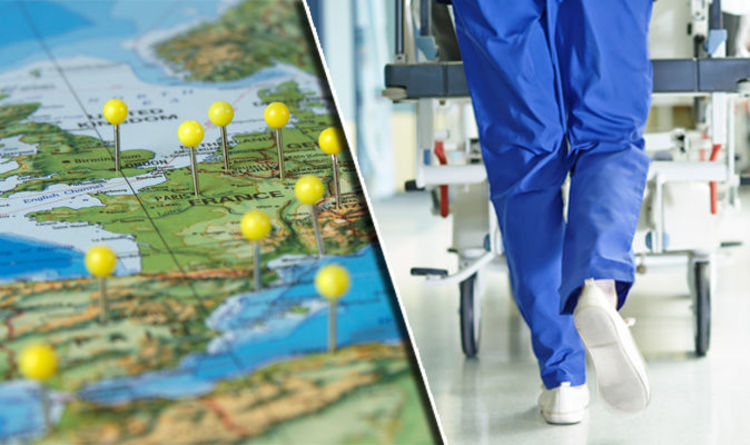 NHS waiting lists are increasing, with some spending weeks or months in queues for operations.

It means that, rather than face the wait, many are opting for private treatment – and increasing numbers are doing so abroad.

A report published in September revealed that the number of one-off private patients – meaning they do not have health insurance but might undergo a single operation privately – has increased by up to 25 per cent in a year.

Many of these people are heading abroad for treatments such as knee replacements and cataract surgery.

The top four countries Britons are heading to include Germany, Spain, France and Switzerland, according to MEDIGO, an online booking platform for medical travel.

“But we’re now seeing patients look at treatment options within the EU to avoid long waiting times, knowing they can be reimbursed for these treatments back home.”

MEDIGO has seen a seven-fold rise in medical journeys to Greece, while Switzerland and France – both popular for orthopaedic surgery – saw a six-fold rise and a 60 per cent rise respectively, between 2015 and 2016.

Costs can vary, but a knee replacement in Germany might cost  €10,000 (£8,910.65), including all hospital costs and a two-week stay in hospital for rehabilitation.

On top of the treatment price patients need to think about airfares, accommodation and if they want to bring a family member or friend for extra support.

“We should be clear: The NHS does an excellent job at treating patients who need urgent attention,” he explained.

“UK citizens looking abroad are almost entirely seeking things like hip or knee replacements – procedures not considered urgent but that can still make a big difference to someone’s quality of life.

“Provided all necessary medical documents and scans are available, treatment can begin within a few weeks.”

He added that certain countries have a particular reputation for healthcare in a specific area – for example Germany is known for excelling in orthopaedics and oncology.