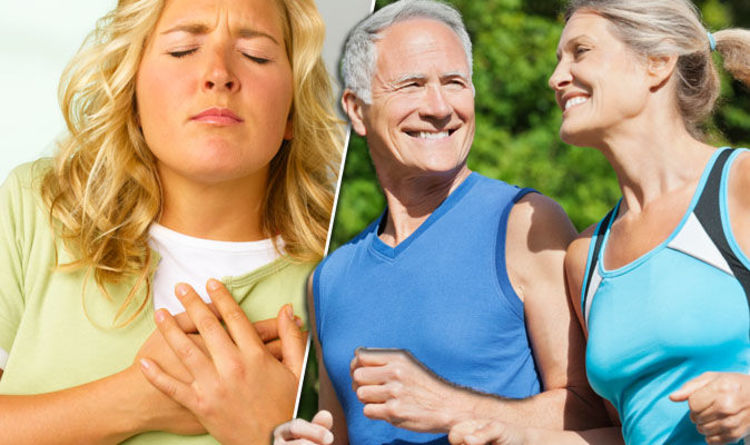 The exact amount of time you need to exercise in a week to reverse heart damage from ageing has been revealed.

Exercise four to five times a week for at least 30 minutes to lower the risk of heart failure, according to scientists from the University of Texas Southwestern Medical Centre.

Patients needed to start the workout programme before hitting 65 years old to reap the most benefit.

The exercise could reverse damage to sedentary, ageing hearts and help to prevent the risk of future heart failure, the researchers claimed.

“Based on a series of studies performed by our team over the past five years, this ‘dose’ of exercise has become my prescription for life,” said senior author of the research, Dr Benjamin Levine.

“I think people should be able to do this as part of their personal hygiene – just like brushing your teeth and taking a shower.”

The researchers wanted to find a way to reverse sedentary ageing of the heart – where the heart stiffens in the left ventricle, part of the heart that pumps blood to the body.

“When the muscle stiffens, you get high pressure and the heart chamber doesn’t fill as well with blood. In its most severe form, blood can back up into the lungs. That’s when heart failure develops.”

Heart ageing begins in middle age, especially in those who don’t exercise and aren’t fit, previous research revealed. It leaves patients with small, stiff heart chambers that struggle to pump blood around the body.

But, this exercise regime, lasting at least four days in a week, could prevent the condition, the researchers claimed.

• One weekly session of a high-intensity 30-minute workout, such as aerobic interval sessions in which heart rate tops 95 per cent of peak rate for 4 minutes, with 3 minutes of recovery, repeated four times (a so-called ‘4 x 4’)

• Interval sessions are followed by a recovery session, performed at relatively low intensity

• One day’s session lasts an hour, and is of moderate intensity. (This longer session could be a fun activity such as tennis, aerobic dancing, walking, or biking)

• One or two other sessions performed each week at a moderate intensity, meaning you would break a sweat, be a little short of breath, but still be able to carry on a conversation.

• One or two weekly strength training sessions using weights or exercise machines are included on a separate day, or after an endurance session.

Heart failure is a long-term condition that usually gets worse over time, according to the NHS.

Symptoms of the condition include feeling breathless after activity, having swollen legs and ankles, and feeling tired most of the time.

There’s currently no cure for heart failure, but symptoms can be controlled with treatment.

Eating a healthy diet, exercise and a range of medications could all help to reduce symptoms.