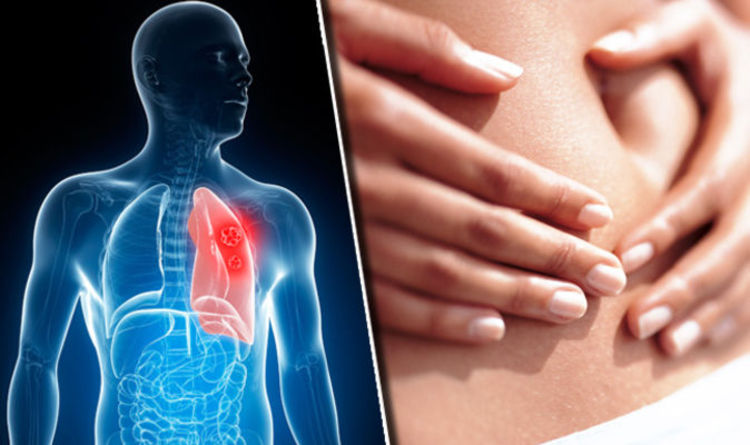 Researchers have found that distribution of body fat could be more important than body weight when gauging risk of cancer.

Findings presented to the European Society for Medical Oncology revealed that carrying a lot of fat around your middle was a key driver of the condition in post-menopausal women.

Females in this age group tend to gain weight in their abdominal area.

However, according to the new study, this could be dangerous.

“When assessing cancer risk, body mass index (BMI) and fat percentage may not be adequate measures as they fail to assess the distribution of fat mass,” said Line Mærsk Staunstrup, a study author.

In the study, researchers looked at 5,855 women with an average age of 71.

They discovered that abdominal fat and peripheral fat – that which is evenly distributed beneath the skin – were more effective at indicating cancer risk than BMI or total fat percentage.

Scientists found that lung cancer and gastrointestinal cancer were associated with having higher abdominal fat compared to peripheral fat.

“The average elderly women can very much use this information, as it is known that the menopause transition initiates a shift in body fat towards the central trunk area.

“Therefore elderly women should be especially aware of their lifestyle when they approach the pre-menopause age,” said Mærsk Staunstrup.

“Clinicians can additionally use the information for a preventive conversation with women who are in higher risk of cancer.”

The study confirms the role of obesity in particular cancers, say experts.

“While obesity has previously been linked to cancer risk, the link to lung cancer is new and intriguing,” said Andrea De Censi, from Galliera Hospital, in Genova, Italy.

“Increases in insulin, resulting from over-consumption of simple carbohydrates such as potatoes, wheat, rice and corn, result in fat accumulation that is specifically visceral and abdominal.”

Insulin has also been previously found to have a detrimental effect on hormone production, which can increase chronic inflammation and cancer risk.