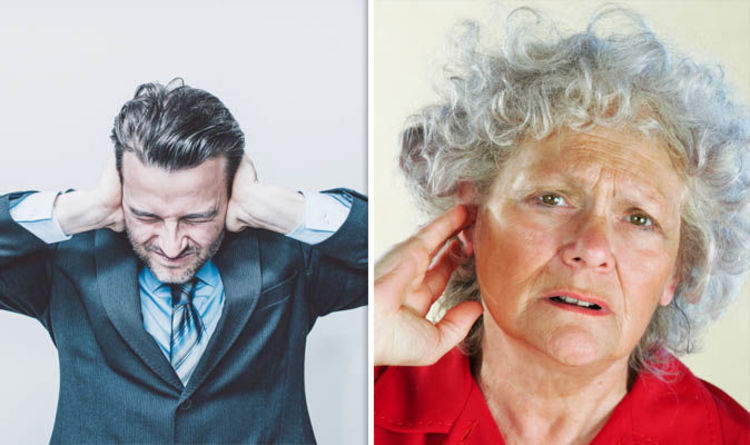 The elderly are more likely to suffer with up to 24 per cent affected but the condition hits up to 16 per cent of younger people too.

Tinnitus can strike anyone, and may be temporary or permanent, constant or intermittent and is most commonly associated with damage caused by loud noise.

Listening to booming music at concerts and nightclubs and standing near loudspeakers are the main culprits, researchers say.

More than half of tinnitus sufferers admit to regularly enjoying loud music, with two-thirds of them doing so at least once a week.

The survey of 2,000 people for hearing aid maker Oticon, found the biggest effects of tinnitus include reduced concentration and alertness, increased stress and social withdrawal.

Two out of three sufferers found it fatiguing to concentrate what people are saying and to try to follow conversations when many people are speaking.

Among tinnitus sufferers, less than half have seen a doctor or hearing expert about their symptoms and almost 40 per cent believe their hearing health is OK.

But this is despite 60 per cent saying they knew that their hearing could be damaged by loud noise prior to exposing themselves to it.

Nearly half of sufferers reported that they do not have good hearing. Alison Stone, an Oticon hearing expert, said: “It is important to highlight that tinnitus can sometimes be a symptom of a treatable medical condition, so it is crucial not to skip a visit with a doctor.

“We know many people with hearing loss also suffer from tinnitus and 80 per cent of those with tinnitus also have some form of hearing loss.

“No person with tinnitus has the same experience and no one solution will work for everyone.

“Even though there is no cure, research has shown that there are many ways people can be helped to manage their condition in order to live a full, rich and productive life.”