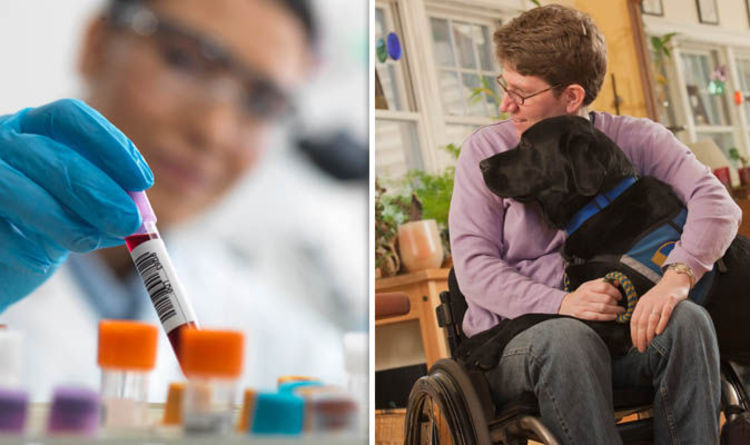 Examining levels of the “sunshine vitamin” in the blood may help predict whether a person is at risk of developing the crippling condition which effects the central nervous system, according to a new study.

Around 100,000 people in Britain have MS which normally gets diagnosed between the ages of 20 and 40.

Study author Doctor Kassandra Munger, of the Harvard T.H. Chan School of Public Health in the United States, said: “There have only been a few small studies suggesting that levels of vitamin D in the blood can predict risk.

“Our study, involving a large number of women, suggests that correcting vitamin D deficiency in young and middle-age women may reduce their future risk of MS.”

For the study, researchers used a repository of blood samples from more than 800,000 women in Finland, taken as part of prenatal testing.

The researchers then identified 1,092 women who were diagnosed with MS an average of nine years after giving the blood samples. They were compared to 2,123 women who did not develop the disease.

Researchers found that with each 50 nmol/L increase in vitamin D levels in the blood, the risk of developing MS later in life decreased by 39 per cent.

Dr Mungar added: “More research is needed on the optimal dose of vitamin D for reducing risk of MS.

“But striving to achieve vitamin D sufficiency over the course of a person’s life will likely have multiple health benefits.”

The findings were published in the online issue of the journal Neurology.