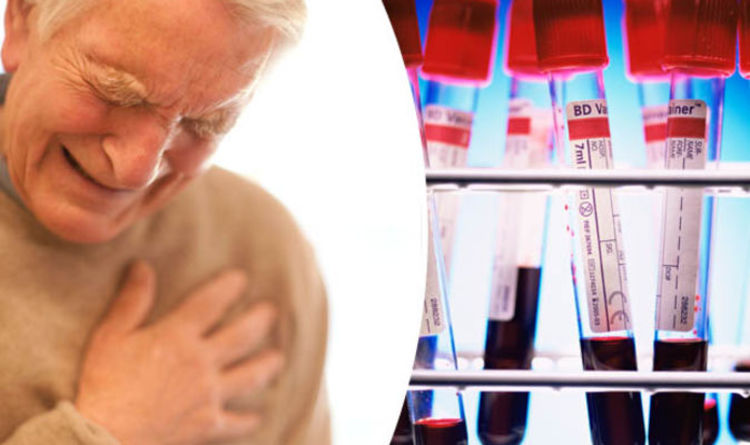 More than two-thirds of people who go to A&E with chest pain have not had a heart attack.

At present, all of these patients undergo a blood test when they arrive at A&E and again three hours later which is designed to detect damage to the heart muscle.

The test works by analysing biomarkers, including cardiac troponin. Those with undetectable levels of cardiac troponin are classified as low risk and are discharged from hospital.

However, up to 85 per cent of patients fall into an intermediate risk group, requiring an overnight stay and further blood tests.

Scientists from King’s College London have now developed a new test that looks for another biomarker – cardiac myosin-binding protein C (cMyC) – which is found to be even more sensitive at detecting damage to the heart muscle.

Levels of cMyC in the blood increase more rapidly after a heart attack, and to a higher extent, than troponin.

The new test – which could be rolled out across the NHS in the next five years – can therefore lead to a much more rapid diagnosis.

It enables those not suffering a heart attack to be sent home sooner, and may also pick up heart attacks not detected by the current test.

The latest study on more than 2,000 people at hospitals in Switzerland, Italy and Spain was funded by charity the British Heart Foundation and published in the journal Circulation.

Compared to the troponin test, the new test doubled the number of patients found not to be having a heart attack.

Experts calculated that just one UK hospital – St Thomas’ in London, which carries out 7,800 heart attack tests each year – could save £800,000 a year by reducing admissions and freeing up beds.

Across the entire NHS, the figure will be much higher, although the charity could not give an estimate of how much in total could be saved.

Mike Marber, professor of cardiology at King’s College London and head of the UK arm of the research, said: “We’ve shown that this test is not only just as good as the current test for working out who has had a heart attack, but it’s also much better at working out who hasn’t.”

Dr Tom Kaier, one of the lead researchers, said the new test could quickly “reassure” thousands of patients that they are fine and would help “free up valuable hospital beds in A&E departments and wards across the country.”

Professor Sir Nilesh Samani of the British Heart Foundation said more research was needed before the current test could be replaced.

But he added: “Big heart attacks are often easy to diagnose with an ECG but smaller heart attacks, which are more common and also life-threatening, are more challenging.”