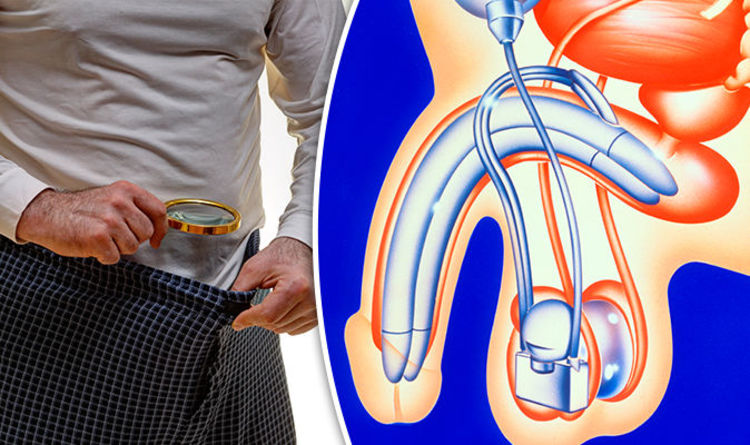 Using only a pea-sized blob of the gel has delivered impressive results and is said to work 12 times faster than viagra – a drug used to cure ED.

The gel’s dynamite performance may also be explained by one of the active ingredients, nitroglycerin, which is an ingredient for making explosives.

Thousands of patients already take nitroglycerin under its medical name glyceryl trinitrate, which can combat angina.

Speaking to The Sun, consultant urologist David Ralph said: “Potential advantages include potential for a fast action and ease of use.

“Their use could be incorporated into sexual foreplay, increasing the level of intimacy between couples.”

The gel works by releasing nitric oxide gas when rubbed in to widen tiny blood vessels and increase flow to the penis.

University College London Hospitals and other centres did trials on more than 220 men with ED.

Half of the test subjects had the gel while the others were given a placebo.

The study found 44 per cent managed erections within five minutes and it took less than 10 for 70 per cent.

This is compared to viagra which usually takes between 30 minutes and an hour to work.

One in four men experienced a clinically significant improvement during the trial.

The adverse effects were only mild and one in 13 suffered headaches.

Medics believe tweaking the formula will achieve better results and iron out the negative effects.

Researchers are planning further trials and say the gel may be available by next year and cost £1 daily for a year’s supply.

Around three millions Britons take viagra and around five million suffer from ED in total.

A lot of people with ED don’t respond to viagra and so the gel could transform lives.

According to the NHS, the condition particularly affects older men, however, a 2013 study published in the Journal of Sexual Medicine found that it affects 26 per cent of adult men under 40.

There are a range of causes for erectile dysfunction, but having a poor libido is rarely one of them.

While many men find the condition embarrassing to discuss, it’s important to catch it early – doctors view it as an early warning sign of other health problems, including high blood pressure and heart disease.