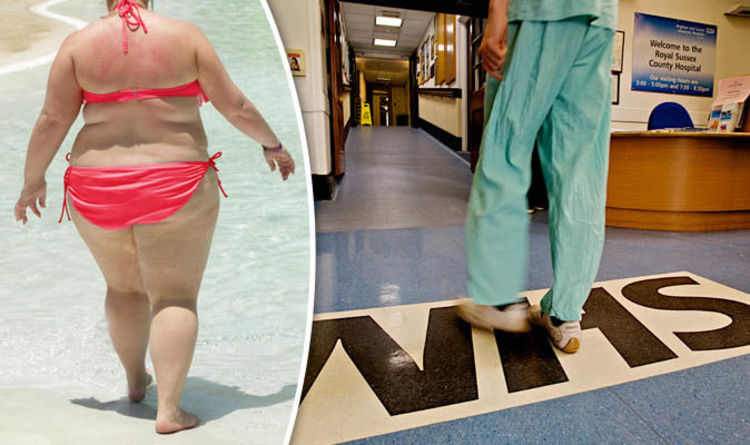 It comes as research has shown that hospital doctors are seeing an overweight patient every 15 seconds.

There were a record 632,975 hospital appointments last year where medics noted that the patient was obese, NHS digital records show.

This is a rise of 19 per cent in the past year and more than double the number it was four years earlier.

Doctors reported cases where obese patients were so desperate for help they ate more so that they could become fat enough to meet criteria for NHS stomach-shrinking operations.

Professor Philip James, past president of the World Obesity Federation, said: “These figures should shock policy makers who should realise all measures taken so far have not succeeded in tackling the problem.

“Obesity and related health problems are among the biggest crises of our era and will bankrupt the NHS.”

In many parts of the country patients are having to meet increasingly restrictive local authority criteria to qualify for bariatric surgery due to funding cuts.

Some are now rationing weight loss surgery to the super-obese.

Professor David Haslam, a leading obesity expert, said: “I’ve seen patients who have eaten more to qualify for weight loss surgery and some have even been advised to do so by their consultants.

“Its clearly a farcical situation where parents are denied life-saving surgery due to funding cuts.

“Even the most fat-phobic taxpayer should rejoice at weight loss surgery which pays for itself in one to three years in reduced obesity related health costs.”

Tam Fry, chairman of the National Obesity Forum, said: “Once you are obese there comes a point when you cease to be just obese and you develop problems such as diabetes, cancer, heart and joint problems.

“This nation has been so lamentable in preventing this obesity epidemic and the huge cost is likely to bring down the NHS.

“We are in a situation where desperate patients are so obese they want bariatric surgery but local health authorities are running out of money and cutting back on this so people continue to get fatter so they can have surgery.

“They are eating themselves to death.”

The findings, based on hospital admissions of more than one million women aged between 55 and 79 in England, blamed excess weight for £662million of hospital costs.

Taking in this data to include men and adults of all ages, Professor James calculates this would account for almost £2billion extra hospital costs a year.