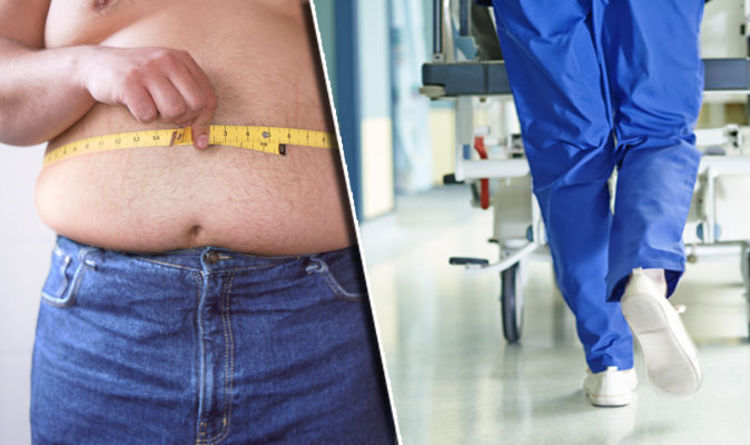 The NHS in one area of the UK has revealed they will refuse to operate on patients who are obese or who smoke.

Plans are being drawn up in Hertfordshire where the health service hopes it will encourage people to lose weight or quit smoking.

The controversial move provoked fury when it was announced yesterday.

It was immediately attacked by the Royal College of Surgeons, who’s senior vice president, Ian Eardley, branded the decision “discriminatory”.

The new restrictions for Hertfordshire come after several areas of the UK have in recent years delayed operations for patients who are obese or who smoke.

Patients have been told their operations will be put back to give them time to lose weight or quit smoking.

In the new rules, drawn up by clinical commissioning groups (CCGs) in Hertfordshire, obese patients “will not get non-urgent surgery until they reduce their weight”.

Only in exceptional circumstances will it be permitted.

The CCGs already delay surgery for up to nine months for patients with a high BMI, and they are asked to lose ten per cent of their bodyweight.

Under the new move, smokers will only be referred for an operation if they have stopped smoking for a minimum of eight weeks.

They will be breathalysed to check this.

East and North Hertfordshire CCG and  Herts Valleys said they wanted to encourage people “to take more responsibility for their own health and wellbeing, wherever possible, freeing up limited NHS resources for priority treatment”.

Eardley said the policy goes against the principles of the NHS.

“This goes against clinical guidance and leaves patients waiting long periods of time in pain and discomfort,” he said.

“It can even lead to worse outcomes following surgery in some cases.

“There is simply no justification for these policies, and we urge all clinical commissioning groups (CCGs) to urgently reverse these discriminatory measures.”