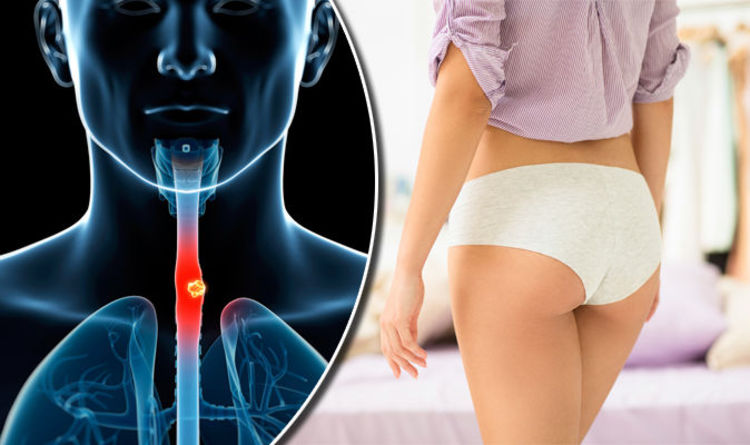 While oral sex will not end up in pregnancy, it is not without its risks.

It is one of the most common ways to spread sexually transmitted diseases, according to the Centers for Disease Control and Prevention.

As well as chlamydia, gonorrhoea and herpes, this includes the human papilloma virus (HPV).

The latter can lead to a number of cancers – particularly in the throat.

Research published in the journal Chemical Research in Toxicology found that before 1990, HPV was present in 21 per cent of oropharyngeal cancer patients, however after 2000 this had risen to 65 per cent.

Many people will have HPV that causes no problems because the body’s immune system can get rid of it.

However, sometimes it can lie dormant for years before causing cell changes that trigger cancer.

These are some of the cancers HPV can cause.

This type of cancer starts in the oropharynx – the middle part of the throat directly behind the nose.

According to Macmillan, symptoms include a sore throat or tongue, earache, difficulty swallowing, changes in your voice, bad breath and unexplained weight loss.

The cancer can be successfully treated if spotted early.

Many cases are caused by HPV, and often during sex.

Affecting the very end of the large bowel in the anus, this type of cancer is rare and affects less than 1,200 people per year, according to the NHS.

It is usually treated with a combination of chemotherapy and radiotherapy called chemoradiation, and surgery.

According to the NHS, this rare type of cancer is diagnosed in 550 men each year in the UK.

However, cases have increased by 20 per cent in 30 years.

It occurs on the skin of the penis or within the penis.

Men who carry the human papilloma virus (HPV) have an increased risk of developing.

Indeed, 47 per cent of sufferers have an HPV infection.

It is usually treated with surgery, radiotherapy and chemotherapy.