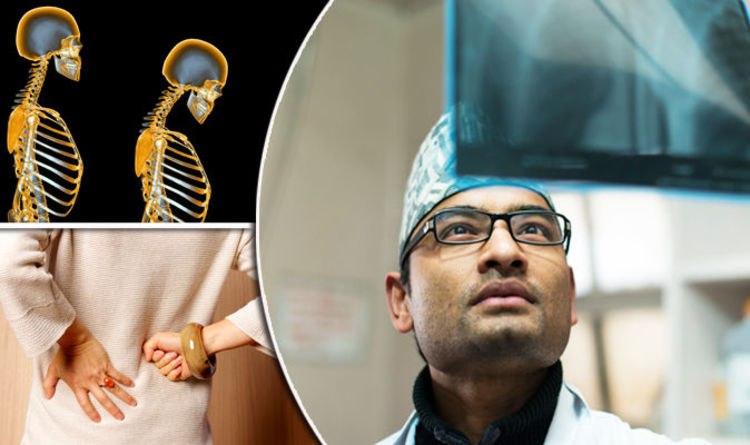 A new drug for osteoporosis could be on the horizon after the discovery of a protein which weakens bones.

Scientists have found eliminating the gene could reverse the condition in mice and scientists hope the same could happen for people.

It was among 153 mutations newly identified in a study of the DNA of more than 140,000 people – the largest of its kind.

The findings could lead to a screening programme to protect patients.

Osteoporosis develops slowly over several years and is often only diagnosed when a minor fall or sudden impact causes a bone fracture.

Losing bone is a normal part of the ageing process, but some people lose bone density much faster than normal. This can lead to osteoporosis and an increased risk of fractures.

The condition affects over 3 million people in the UK and often has no symptoms.

“What makes this gene particularly interesting is it encodes a protein present on the surface of cells – making it a potential candidate for a drug target,” said Professor David Evans, from Queensland University in Australia.

“Our studies show that removing it in animal models resulted in an increase in bone thickness.”

The gene, called GPC6, has not been previously linked to osteoporosis.

Osteoporosis often has no symptoms it’s more than twice as common in women as men.

Some older people develop the characteristic stooped – bent forward – posture which can cause them to lose height.

Height is lost as the bone crumbles and vertebrae collapses, and the chest and abdomen capacity decreases, sometimes resulting in difficulty breathing as the ribs end up touching the pelvic bone.

Professor Evans and a team in Canada have mapped the genomes of individuals and also took density assessments in a bid to improve early detection.

Professor Brent Richards, of McGill University in Montreal, said: “In 8,540 participants who reported previous fractures from simple falls, associations were made with 12 of the new gene regions.”

The findings triple the number of genes known to be implicated in the loss of bone density.

Professor Richards said there is a strong inherited component with bone health – but osteoporosis often goes undetected until a fracture occurs.

The new mutations account for 12 per cent of the heritability of the disease and researchers said the findings could now be used to develop programmes in the future to identify individuals at risk.

The study was published in the journal Nature Genetics.